The event, which was jointly organised by the Apex Clubs of Kuala Lumpur and Bandar Syed Putra and the Malaysian Medical Association (MMA), Pahang, featured medical and dental camps as well as an organ donation drive. 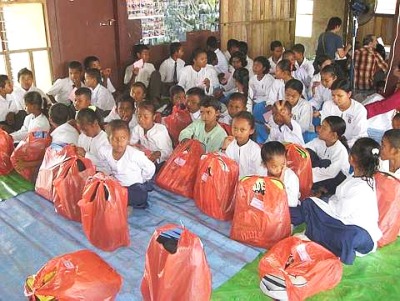 Look what we got!: Orang asli children with their new school bags.

The younger children in the community were entertained with games and music. Toys and clothes donated by Apex members and the Hess Oil & Gas Sdn Bhd staff were distributed to everyone. The event ended with a friendly football game involving three orang asli teams and three teams from the visiting members.