No cut in assessment rate, fines for late payment waived

THERE is no reduction in assessment for Selangor residents but fines for late payments for this year have been waived.

Mentri Besar Tan Sri Khalid Ibrahim said the state government could not reduce the assessment rate at present but the people need not to pay the fines imposed on them due to late payment since January this year.

A discount of 70% is given for the fine imposed on assessment arrears until Dec 31 last year while the fine since January this year is given a 100% exemption. 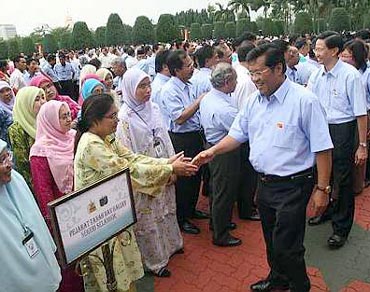 Khalid said, however, the offer was only valid until June 30.

Now, those who failed to pay their assessment on time have to pay a 10% fine.

The deadline for the assessment each year is Feb 28 for the first term and Aug 31 for the second term.

Khalid said the decision was part of the efforts to ease the people’s burden.

He said although the move would affect the state revenue, it would reduce the amount owed by the residents and hoped that it would encourage them to make prompt payments in the future.

This month’s assembly was hosted by the Subang Jaya Municipal Council (MPSJ). It was attended by state executive councillors, state officials and government employees. It was the first monthly staff assembly held by the Mentri Besar since his appointment. 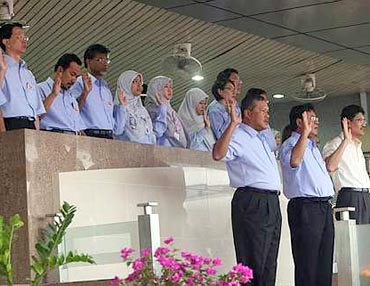 All attention: Khalid (centre, front row) at the assembly with statesecretary Datuk Ramli Mahmud (left) and MPSJ president Datuk AdnanMd Ikshan. Behind them are the state exco members.

Khalid took the opportunity to introduce the state executive councillors to the state government staff.

The mentri besar said he hoped that the monthly gathering would be a bridge to closer relationship between the state officials and other government employees.

On the waiving of fines, Khalid said the state had yet to estimate the actual amount involved as assessment was one of the main revenue for all local councils.

Citing Subang Jaya as an example, he said the council which collected about RM180mil each year from assessment alone, might lose between RM300,000 and RM400,000 from the no-fine move.

He reminded the local authorities to continue to provide efficient services to the residents.

In response to whether the state government was considering reducing the assessment rate as promised to the residents during the recently concluded general election, Khalid said it could not be done at the moment due to economic constraint.

He said the state budget did not have room for such a provision as it had to pay for the cost of development and the services being rendered.

“Initially we thought that assessment is one of the heaviest burdens faced by the residents but from a study we conducted, we realised that the rate is set based on the land value of the property itself,” he said. 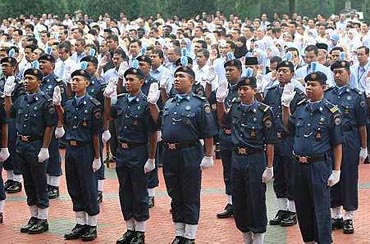 Khalid said the assessment was in tandem with the increase of the land value and some of the value had escalated from RM50 per sq ft to RM100 per sq ft.

“We may have a review at the end of the year for the 2009 budget and we will think of ways for it,” he said.

Khalid said due to high land demand in the Klang Valley, Selangor residents had been enjoying the escalating value of their land and properties, compared with their counterparts in most of the other states.

He said, however, land deals were expected to drop as the state government had put a stop on development at hill slopes and green areas.

“We will not approve any more applications for development on for class 3 and 4 slopes and are gazetting all the forest reserves to preserve our green area and water resource.

“So, eventually there will be less land development in the state,” he said.