A time to pay homage to Lord Vinayagar 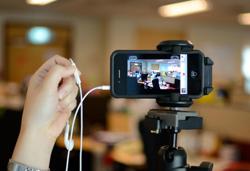 LORD Vinayagar is one of the most popular deities among Hindus.

The older son of Lord Shiva and Goddess Parvathi is well known for his elephant trunk, obvious ears and human like form and the noticeable potbelly.

He is also known as Lord Ganesha, Ganapati, Vigneshwara or Vighnaharta and is also called Pillayar.

Lord Vinayagar is the god of knowledge and wisdom and is worshipped as the lord of beginnings and remover of obstacles.

His name is invoked upon with affection at the beginning of ritualistic worship, praise and song.

Every year, devotees pay homage to Lord Vinayagar during the Vinayagar Chathurthi festival.

The festival is celebrated as the birth anniversary of Vinayagar and it is welcomed in the month of avani on chathurthi, the fourth day after the new moon, between August to September, according to the Hindu calendar.

This year, the festival is celebrated today.

The festival is celebrated grandly in India where prayers and poojas are held at temples and homes.

Decorative rice motifs (kolam) are laid out on the floor and the idol of Lord Vinayagar is decorated with flowers.

It is said that Lord Vinayagar had a preference for sweet delights like Mothagam and Kozhukkattai, especially the former and these are made and offered to him.

The punar pooja signals the end of the festival.

The idol is removed from its place and taken away and then submerged in the sea, well or pond.

In Malaysia, the Vinayagar Chathurthi celebration is an important event for Ganesha devotees and Vinayagar temples usher in the festival with prayers and some even hold chariot processions. The temples are also brightly décorated.

At most homes, the celebration begins with prayers at the altar.

The Shanmugam family at Continental Park, Off Jalan Kuchai Lama in Kuala Lumpur begin the festive day with prayers as well.

The women of the house prepare the Mothagam and Kozhukkattai early in the morning so that these can be presented to Lord Vinayagar during worship.

After prayers, the family sit down to a traditional Indian breakfast and are vegetarians for the day.

Some observe being vegetarians for the duration of the festival. 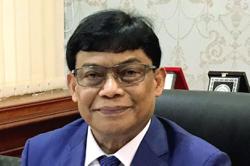