Medan Pasar the hub of KL in the 19th century

Old Market Square now known as Medan Pasar was the place to be for traders as there were facilities like banks, textile shops, grocers, and traditional medicinal halls.

It was not only a market but also a gambling haunt that was frequented by the working class.

According to historical texts, the road was also home to many opium dens and brothels.

Headed by Kapitan Yap Ah Loy, the road was known as Macao Street or Hokkien Street by the old Chinese community.

In the late 1800s Yap controlled a large part of the businesses that thrived in the market, building his empire on the many tin mines in Kuala Lumpur.

However, the first resident-general of the Federated Malay States Frank Swettenham demolished the market in 1882, as he was appalled at the conditions of the unkempt wooden huts and stalls.

Yap rebuilt the market place using proper construction materials and resumed his reign until his death in 1885.

The flourishing market was then relocated by Swettenham to a new site, where the current Central Market is, and the old market place was transformed into a new trade square.

Medan Pasar in the modern times is just like many other roads, a picture of tall buildings and refurbished old shop houses.

The three-storey shop houses were built in 1920s after the relocation of the market and now houses cafes, trinket shops, cheap boutiques and mobile phone stalls.

“HSBC building and the clock tower are two landmarks that people often associate this place with,” said Hassan Bula, 65, who works in one of the newsstands along the road.

The clock tower was erected in 1937 in commemoration of the coronation of King George IV and remains steadfast until today, right in the middle of the road.

“The road has always been a centre for banks. There was Lee Wah Bank building (now United Overseas Bank building), and then Citibank building. I think there was also a merchant bank here a long time ago,” said Hassan.

Although the road no longer plays host to the city’s busiest market, Medan Pasar is still buzzing with activities as it is now one of the main hubs for public transports.

It has long been the main stop for private and public buses where passengers can hop on the next bus to their respective destinations.

The new RapidKL line also enlists Medan Pasar as one of their major city hubs.

“Convenience is one, but the road is often congested because of the amount of buses that pass through here. If you want to drive into this road, be prepared to be stuck for a while,” said Hassan. 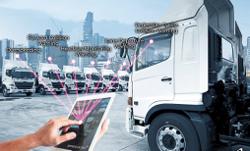 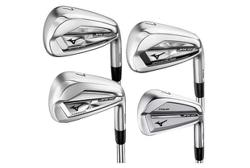 New JPX Series on the market