Benefits of going on a local holiday

KOTA BARU: The common view is that a foreign trip is superior to a local one but Tourism Malaysia begs to differ.

Its tourism services director, Idros Mohd, said a well-planned domestic vacation was just as good as one spent overseas and Malaysians must change their mindset about domestic tourism.

Many, he said, just assumed that a holiday spent within the country would not be a “proper” one.

“That is because they hit the road without much planning when it comes to domestic tourism,” he said.

Idros also lamented that people often chose to stay with their relatives when travelling locally.

“When you go on holiday, you are supposed to spend money. But in the end, it is the hosts who end up paying,” he said.

He urged Malaysians to take their parents on trips instead of making the balik kampung visits.

“People say they balik kampung because they miss their parents. If you love your parents, take them on a holiday.

“Do not balik kampung all the time. It gives them more work, as they have to look after your children instead,” he told reporters after launching the Domestic Sales Mission Travel Mart here yesterday.

According to Idros, domestic tourism was important to promoting understanding and harmony between the races.

This year, the mart will be held in nine venues, with Kelantan being the first. 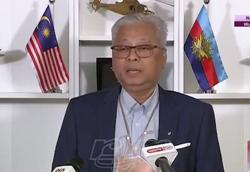 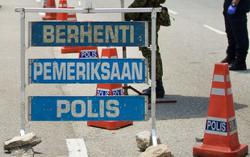