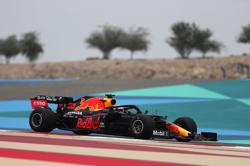 IT WAS a long ending to the second edition of the Naza-PanGlobal Endurance Race at the Sepang International Circuit (SIC) on Saturday.

The four-hour race started under the scorching midday sun, but as the race progressed, the weather became cooler, making it a perfect race day.

However, a controversy between Naza-PanGlobal Racing Team (NPRT) and Eurocopter Malaysia Racing heated up and prolonged the proceedings for more than three hours after the race.

The event was marred when NPRT lodged a protest against Eurocopter, alleging the latter had infringed the tyre ruling.

NPRT team principal Jeffery Wong said: “The primary reason for our protest is that they have infringed the rule. It is a matter of principle. We want to be fair to other teams that have worked just as hard in the race.”

Following intense deliberations by the steward, Eurocopter was disqualified from the race.

When Eurocopter team manager Tunku Johan Mansur decided to appeal against the steward's verdict, the matter was referred to the AAM for hearing. Now, it is left to AAM to decide on the outcome of the race within 30 days.

“We did not intend for the race to end in this manner. We have been put in a very tight spot. We cannot accept the steward's decision for excluding us. We find the word 'excluded' to be harsh,” said Tunku Johan.

According to Tunku Johan, they had verified with the SIC clerk of course before the team proceeded with the tyre transfer.

“We checked on that because we were down with two bikes. The clerk of course allowed us to swap tyres in view of the team's safety,” Tunku Johan explained of the additional supplementary regulation.

Shortly before the race ended, the clerk of course issued another additional supplementary regulation stating that no tyre change was allowed.

The transfer involved Cameron Donald's machine, to which Jussi Hoikka's original set of tyres for his second ride were transferred.

“We rode as hard as possible as a team. We will accept whatever decision the authority makes on our appeal. We appealed because we wanted to make it clear that we did not manipulate the rules and regulations. We are protecting our sponsors' interests,” said Hoikka, who is also a Eurocopter employee.

The trio chalked up 199 laps over four hours on the 2.7km SIC North circuit.

“It was a bit harder than I expected, racing in the intense heat, but we just kept going,” said Perkins.

After Donald had spearheaded Eurocopter's challenge at the start, Hoikka was the second ride out on his Ducati 749s.

“I had a close call on turn three halfway through my first 31 laps. My machine was coughing up weird noises. It lost a bit of power, too, due to the damage to the exhaust,” said Hoikka.

MSS rider Poul Erik Jensen, who is recovering from a pelvic injury sustained in MSS Round 2, volunteered to be Eurocopter's team statistician.

“They were on target halfway through the race with 101 laps. At the end of the race, they were four laps short of the 203 laps target. But, I am pleased with their performance; all we wanted to do was to bring the bike because the tyres were a bit worn out,” said Jensen

Australian Brent Odgers gave NPRT a great start as he dashed ahead of Eurocopter's Donald from second position on the grid.

Odgers, 30, a refrigeration engineer, was flown in after his one-week stint in Ho Chi Minh City, Vietnam as the replacement for 2005 MSS Naza-PanGlobal Superbike Championships overall champion Lee Ching Hooi.

Lee is nursing a broken right ankle after a crash during this season's MSS final round.

Lee's injury, however, did not prevent him from keeping a watchful eye on the Sportsrider Racing Team of Norhisham Mohd, Noor Azam Mohd Noor and Mohd Fairi Othman.

“I got off quicker than I thought. Personally, I was surprised with my start. But, Cameron (Donald) caught up after a few corners,” said Odgers, who was the MSS Superbike Championships overall champion in 2003.

Wong, who took over after Odgers completed the first 31 laps for NPRT, came into the pit for another changeover after only 12 laps. Nageb Majid was the third rider out for NPRT.

“I had a puncture on my rear tyre because of a technical glitch. The tyre valve gave way,” said Wong.

Meanwhile, it was a “prosperous” finish for the Men in Black cast of Tommy Lee B.J., Lee Jones and Al Ishal Ishak.

“We printed eight T-shirts for the crew. We were at paddock eight. We were assigned number eight on our bikes. We had transponder 88. We qualified eighth. We finished eighth,” said Ishal.

It was also an exhausting experience for Tommy Lee, who suffered cramp on his left leg. After the changeover with Jones, he remained seated on the bike for a while.

“I rode the bike in on gear three all the way. I could not change gears,” Tommy Lee explained.

The race did not fail to produce a few tense moments during the change over at the tail end, with teams playing mind games, both intentionally and unintentionally. A couple of riders came into the pits to hop on another machine before they rejoined the race.

Based on the provisional results, the Kuhara Racing team of Yasuhiro Kuhara, Yasuji Kida and Paul Grant Mitchell emerged as the champion. They accumulated 196 laps over the four hours.

Kuhara and Kida, who are involved in the automobile business. are currently residing Singapore.

“It was a great experience riding here at the SIC,” said team leader Kuhara, an A-class rider from Japan.