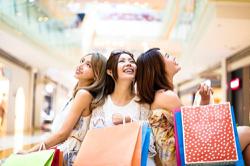 LAST YEAR, the Malaysia Paralympic shuttlers performed well in the inaugural Asia Paralympic Cup held in Kuala Lumpur and proved they were among the best in Asia.

For the next few days, they have to go one step better when they compete in the ongoing International Badmin-ton Association for the Disabled (IBAD) World Championships in Hsin Shu City, Taiwan.

Malaysian Paralympic Council (MPC) executive committee member Lt Kol Md Nor Azam Ariffin said: “We are sending a big contingent because we are confident that Malaysia can be among the medal contenders.”

So far, Malaysia's best performance at the championships took place in 2002 when the partnership of Hanapiah Mohamud and Azam Ariffin delivered a silver medal in the standing below waist doubles at Bangalore, India, in 2002.

“More countries will be taking part in this year's championships. We do not know the strength of the other countries and our players have not been tested at international level.

“However, we are sending the cream of the crop for this championships,” said chief coach Moe Chin Kiat.

On this occasion, Malaysia will be banking on Cheah Liek Hou and Razali Jaafar in the standing above waist category.

“We will be giving our best shot in Taiwan,” said Jasmi, who has polio in his left leg.

Jasmi, 35, who is serving as a principal at SMK Lubok Cina, trains five times a week. He enjoys playing badminton because he feels that it is a great way to release stress.

“Jasmi and I combine well because we can communicate with each other on court,” added 34-year-old Radhi, who has been paralysed since the age of four.

To prepare for the World Championships, the players started training under Moe after the National Paralympic Circuit ended in September. The team had been training during weekends at Kampung Pandan

Prior to the centralised training stint, the 69-year-old Moe had been travelling to Malacca and Bangi every Wednesday and Thursday, respectively, to train the disabled shuttlers.

“Our shuttlers do not get many opportunity to compete in international tournaments. It is important that they seize this opportunity to improve on their rankings in the IBAD system.

”This is also part of their preparation for the ParaGames in the Philippines at the end of the year and the Fespic Games next year,” said Moe, who was awarded the 2005 special coach award at the National Coaches Award.

Azam Ariffin praised Moe for guiding the disabled shuttlers and helping them to achieve results for the past seven years.

“He coaches the players unconditionally without hoping for any financial return. He derives a lot of satisfaction from training the disabled to play like normal shuttlers. He has done a lot to lift the players' spirit,” added Azam Ariffin.

Apart from the funding from the Youth and Sports Ministry, corporate bodies and individual donors also contributed towards the disabled shuttlers' trip to Taiwan.

“Going to Taiwan for the World Championships was a hard earned passage. The players had to justify their selection on the court,” Moe added.

Michael's Badminton Academy (MBA), one of the contributors, raised RM5,000 through the sale of T-shirts, moon cakes and drinks and donations.

The contribution from the MBA allowed four additional players to compete in the championships. Other contributors also gave cash contributions and assisted in the purchase of 10 wheelchairs.

Azam Ariffin, who is also the IBAD Asia representative and co-ordinator, said IBAD, with the help of five continents, were campaigning for the sport to be accepted as a demonstration sport at the 2008 Beijing Paralympics.