CHOLERA has hit Selangor again. There were five cases, but the consolation is that those who were infected have recovered.

State exco chairman for Health, Datuk Dr Lim Thuang Seng, said the cases, three in Klang, one in Petaling and one in Sepang, were caused by unhygienic methods adopted in the preparation of food.

“We understand that the five had contracted the bacteria from food bought at a stall,’’ he said. “One look at the stall and it is obvious no one should eat there.’’

Dr Lim said the stall had been ordered to close.

Cholera is an intestinal disease caused by bacteria known as vibrio cholerae. Symptoms include a sudden onset of severe watery diarrhoea, vomiting and cramps. In severe cases, death occurs.

Dr Lim said he had instructed the health departments of local councils to conduct stringent checks on all eateries.

“Despite being able to control the spread of the disease, we need to check on restaurants, stalls and street vendors,’’ he said, adding that students should avoid consuming ice-cream and food peddlers outside schools.

“In fact, MPK staff and I suffered cramps and diarrhoea after eating at a restaurant in Bandar Bukit Tinggi before the fasting month begun,’’ he said.

“But, fortunately it was only food poisoning.” he said, adding that the restaurant was put under watch. “Its workers are mostly foreigners and we are checking to see if they have received the cholera vaccine.’’

Senior councilor K. Tharmalingam said those eating out should avoid drinks with ice. “Eat only cooked food that is served hot,’’ he said.

Tharmalingam said diners should avoid restaurants with flies. “They should also not go to outlets where the staff were not properly attired.’’

Tharmalingam said the council was checking on the status of 24-hour eateries, especially those without an A-grade licence. “Those with such a licence must ensure cleanliness of the highest level and the workers must work on rotation basis to ensure they are fit at all times.’’ 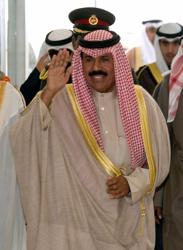