Former greats to gather in Pangkor

Former international Tan Yee Khan, a member of the 1967 Thomas Cup winning team, has planned a grand gathering of former and current national badminton players at the Sea View Resort in Pangkor Island on July 15 and 16.

Tan said this meeting would the third since it was launched in 2000.

“The second gathering was held in 2001. Everyone, who attended it then, had agreed to meet again the following year. However, due to unforeseen circumstances, the gathering could not be held.

“This year, we will be organising the gathering again after the Malaysian Open. We will do it before the Malaysian team leaves for Los Angeles, in the United States, for the World Championships. It has already been four years. I am sure the former greats will have a lot to discuss and talk about when they meet.

“The gathering will be a good opportunity for former and current national players to meet and talk about the progress of the game. This would be good for badminton as many of us have not met over the past few years,'' said Tan.

About 40 former and current players including Datuk Eddy Choong, James Selvaraj and Razif Sidek have already expressed their interest in attending the gathering.

At the last gathering held in 2001, seven-time All-England champion Eddy Choong was awarded the title “Father of Malaysian Badminton''.

The award was given to the 71- year-old Penangite, who had blazed a trail of glory on the court and had also contributed immensely in other capacities as an official, coach and adviser by the former greats and ex-national players who had gathered there.

Tan said they would also be inviting former Badminton Association of Malaysia (BAM) presidents Tan Sri Khir Johari and Tan Sri Elyas Omar for the gathering. Those interested in attending the gathering can contact Tan at 019-5551 779; 05-6851 605 or 05-6851 705. 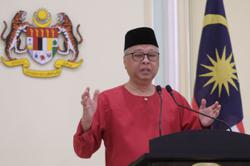 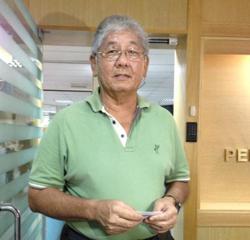 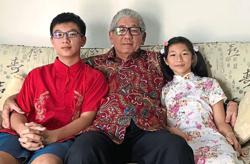