However, he told reporters here today that the actual dates for the sitting had not been set.

He said this when met after attending the Food Basket Assistance Programme through the People's Well-being and Economic Recovery Package (Pemulih) for residents of Kampung Berdang, here. Also present was Minister in the Prime Minister's Department (Economy) Datuk Seri Mustapa Mohamed.

Abdullah also said that letters had been distributed to the assemblymen to submit questions for the Question-and-Answer session.

"Right now, we are still in the process of preparing the enactment Bills that will be tabled at the State Assembly," he said.

On Monday (July 5), the Prime Minister's Office in a statement had announced that a special meeting of the Dewan Rakyat will be held for five days starting July 26, while the Dewan Negara will meet for three days from August 3.- Bernama 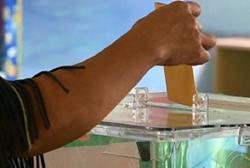