The Chief Minister said this would include upgrading the entrance, developing a botanical garden and providing Internet connectivity at the centre for better visitor experience.

"Semenggoh has received about one million visitors over the years and is quite well known, especially for its orangutan conservation.

"In the last five to 10 years, the number of visitors has increased and that is why we need to upgrade the facilities.

"We will improve the entrance area, develop a botanical garden which will include a research lab and upgrade the Internet connectivity," he told reporters after a ceremony at the centre on Wednesday (Aug 19).

The ceremony, which included laying a foundation stone for a new rainforest discovery centre at Semenggoh, was held in conjunction with International Orangutan Day which falls on Aug 19.

Abang Johari said facilities at other national parks in the state, including Niah, Bako and Lambir, would also be upgraded over the next five years. "With these efforts, we can market Sarawak as a nature destination and attract international visitors.

"For example, the state Tourism Ministry can work together with the Sarawak Forestry Corp (SFC) to market Semenggoh as an attraction where people can see orangutans.

"This is an endangered species and we can tell the world that we are seriously preserving our wildlife and its habitat," he said.

On the Internet connectivity at Semenggoh, SFC said it was implemented in collaboration with the Sarawak Multimedia Authority (SMA) for the benefit of visitors.

SFC CEO Zolkipli Mohamad Aton said Semenggoh planned to hold live feeds to allow the public to watch the orangutans at the centre online, as visitor numbers were still limited due to the Covid-19 pandemic.

"Semengoh Wildlife Centre set up a trial live stream a few days ago and it reached 1,000 views," he said. 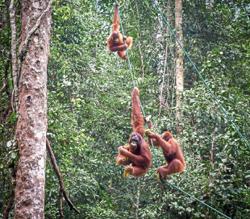 Facilities at Semenggoh Wildlife Centre to be upgraded 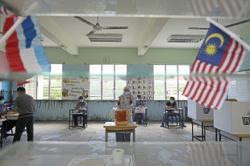 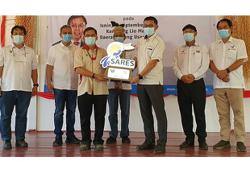