An Indonesian maid at work. — Filepic

IN February 2018,21-year-old Indonesian maid Adelina Sau from Nusa Tenggara province died a day after she was rescued from her employer’s house in Bukit Mertajam, Penang.

The cause of death was multiple organ failure. 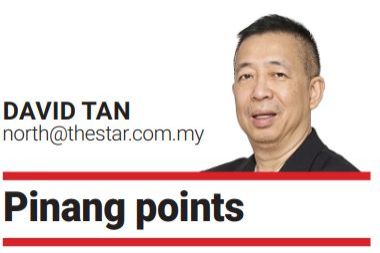 Some Malaysians are kind-hearted and treat their maids fairly but some are callous and abusive.

So far, I have not met employers who allow their maids to enjoy all the four fundamental rights spelt out in the memorandum of understanding (MoU) between the Malaysian and Indonesian Governments on domestic workers.

Whether the employers do so intentionally or unintentionally, the verbal abuse stresses the domestic helpers unnecessarily and lowers their morale to work.

One callous employer recently told her Indonesian maid that Indonesian helpers are rejects with no brains so their salaries are lower than those of their Filipino counterparts.

When asked why she said such insensitive things, this cold and heartless boss replied that she was only joking.

Violence against domestic workers from Indonesia or any other Asian country is not new.Some 2.7 million Indonesian workers are here but only 704,000 are said to be documented.

Malaysia and Indonesia first signed the MoU on Recruitment and Placement of Indonesian Domestic Workers in 2006, which was amended in 2011 to last until 2016.

The agreement, among others, affirmed the workers’ right to hold their passports, communicate with their families, be provided with a weekly rest day, and for their monthly wages to be paid into a bank account.

In practice, however, most Malaysian employers deny them the right to keep their travelling documents, reject their request for off days and refuse their right to have a bank account.

Most bosses allow maids to communicate with their families but how this works out differs for each employer.

They may have the right to call home but the cost to do it can also be high which would deter them from communicating with their families.

And this brings us to the importance of letting maids keep their passports.

Clinics require maids to produce their passports before they can see a doctor and banks too need to see the passport before they let the maid transmit funds to their families.

I know a maid who couldn’t get proper medical attention for an infection on her hand because the employer holding her passport was not in Penang.

She had to suffer for about a week before the employer returned to take her to the doctor.

From the employers’ perspective, the boss must hold their workers’ passports to prevent them from running away.

Malaysia might not get any more Indonesian maids unless a new agreement replaces the lapsed MoU.

The previous MoU lapsed in 2016 but Indonesia has continued sending its maids to our country.

The Indonesian ambassador to Malaysia Hermono said in a press interview last December that this could not go on.

“We have been expecting a fresh MoU for quite some time.

“Our domestic workers are in a vulnerable state.”

We can understand Hermono’s concerns.

In the subsequent agreement on Indonesian domestic workers that Malaysia signs with Indonesia, the authorities must formulate an effective mechanism to uphold domestic helpers’ right to keep their travel documents without compromising on their employers’ interests.

The fundamental rights already stated in the 2006 MOU need to be recast in an enforceable agreement that will penalise employers for non-compliance.

Insensitive employers subject their maids to verbal abuse because they know they can get away with it easily.

After all, what is their maid going to do? Ask for a day off to lodge a police report or complain to the Indonesian Embassy?

Some employers even ask maids to pay for their own medical needs and deduct from their wages the cost of any dishes they break accidentally.

According to the Malaysian Association of Employment Agencies, some 10,000 families in Malaysia are in urgent need of domestic helpers.

Unless a fresh MoU is signed soon to address the concerns of Indonesian domestic helpers, these families may

have to wait a long time to get maids from Indonesia.

And if Malaysian employers do not change their attitudes toward their helpers, more Indonesian maids will seek employment in other countries like Taiwan and Hong Kong where the pay is much higher.