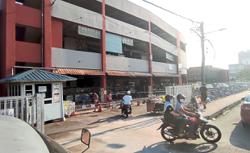 A notice posted by MBPJ on its website and social media platforms that it would not be posting physical copies of its assessment bills starting 2021 and urged ratepayers to check and pay their bills via its eCukai@MBPJ app.

Ratepayers under the jurisdiction of Petaling jaya City Council (MBPJ) have had to face a harsh reality this year.

In its enthusiasm to go digital, MBPJ is demanding that payment for assessment bills be made only through digital means, without an alternative.

It also said that the council would not make exceptions for late payments, a harsh action that reflected how the local government had not considered the plight of the digitally disadvantaged.

They seem to deny that there is gross digital inequality between the rich and the poor, the rural and the urban, and the more adept at technology and those who are not, such as senior citizens.

There are poor and vulnerable groups in the council’s jurisdiction, who — due to poverty — lack confidence or the necessary skills to navigate the digital world.

They also deserve fairness and justice.

Even private utility companies provide online as well as physical bills and they incentivise consumers through discounts to shift towards online billing platforms.

The city council should be more sensitive about the plight of these groups.

Public messaging on the new app has been non-existent. Many consumers, even with digital expertise, are complaining about the app’s efficacy.

No effort has been made to identify and empower vulnerable consumers to help them through the process.

Even more disappointing are councillors and local politicians — public figures whom we have hoped will protect and enhance consumers’ well-being — who have chosen to remain silent about this.

It is laudable that the local government is going digital. It reduces paper wastage and brings savings to the city council.

However, they must think of the welfare of all ratepayers, not just the technologically savvy.Federation of Malaysian Consumers Associations (Fomca) urges MBPJ to revert to sending physical assessment bills and maintaining multiple alternatives for payment.

It should also first carry out a sustained effort to prepare its ratepayers for the big change, through various media platforms.

While more consumers are making online purchases and financial transactions, it is also true that many have been excluded because of their lack of skills and economic vulnerability.

The way forward towards digitalisation should be awareness, empowerment and incentivisation, not punishment.

MBPJ’s action appears to punish the poor and vulnerable. 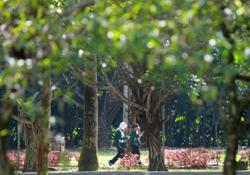