Sarawak govt should not opt for early state polls

By Stephen Then: North View 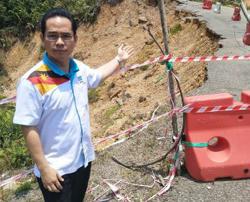 The risk of spreading Covid-19 is simply too great at this time.

The state is facing a third wave of the pandemic with cities such as Kuching and Miri seeing a spike.

Several other urban centres and sub-urban districts like Samarahan and Lundu are also seeing a surge.

The three million or so Sarawakians are afraid of what would happen if state polls are held now.

Local community groups such as the Baram People Protection Committee have called for a delay in the polls.

In fact, even the national civilian bodies are telling GPS not to call for early state polls.

The Coalition for Clean and Fair Elections (Bersih) has launched an online petition to ask the state government to run its full term until June 7 next year.

The petition to GPS and Chief Minister Datuk Patinggi Abang Johari Openg is gaining momentum with support and endorsement from native groups and other community organisations as well as political parties.

Sarawak Parti Keadilan Rakyat (PKR) said its leaders and members are lending their support too.

Sui said there were three appeals in the petition.

“The first is for the ruling GPS government to run its full term until June 7 next year when the State Legislative Assembly automatically expires.

“That will pave the way for the Elections Commission (EC) to set a date within 60 days for the 12th Sarawak Elections to be held.

“There is no need for GPS to call for early state election during this Covid-19 peak period, ” he said.

Sui said the second appeal was for GPS and EC to make sure that all eligible Sarawakian voters working and living outside Sarawak could cast their votes.

“Even if they cannot come back to Sarawak to cast their ballots, the EC must put in place the facilities to make sure they can vote via postal voting, ” he said.

Sui said the third appeal was for the GPS and EC to make sure all political parties and contesting candidates had fair access to television and radio coverage.

GPS holds 68 out of the 82 state constituencies in this vast state.

There were talks that the current state assembly may be dissolved after the 2021 State Budget is tabled and approved during the state assembly sitting from Nov 9 to 14.