IT seems strange that Sarawak would see local council elections as an attempt by Putrajaya to take over local government administration in the state.

Yet that was the impression given by Datuk Patinggi Abang Johari Tun Openg and his Cabinet colleagues at the swearing-in ceremony of newly-appointed councillors on Wednesday (July 31).

In his speech, the Chief Minister said Sarawak's right over its local government was enshrined in the Federal Constitution and Malaysia Agreement 1963 (MA63).

"No outsider can take away our right. There are some people who try to take over some power in local government administration, but I say no.

"Sarawak is administered by Sarawak itself," he said.

Speaking to reporters later, Abang Johari said "certain people" had tried to take some control of local government in Sarawak.

"Under MA63, it is the right of Sarawak to administer local government. There was a suggestion that they want to streamline local government, but under the Constitution they cannot do that because it is our autonomous power, just like immigration," he said.

Asked when the suggestion was made, he said it was when some Federal ministers paid him a courtesy call but declined to be more specific.

An assistant minister interjected that "they" even suggested that local council elections be held.

With no further details on what the streamlining proposal involved, along with the remarks on local council elections, the general inference was that Sarawak's defence of its autonomy over local government included rejecting the Federal Government's proposal to re-introduce the so-called third vote.

But how would council elections affect Sarawak's autonomy over local government? Such concerns would be understandable if the federal government proposed taking over the appointment of councillors, but that doesn't seem to be the case.

In local government elections, though, presumably only Sarawakians would be eligible to contest and to vote for councillors. In a way, this would ensure that local councils remained in the hands of Sarawakians and not outsiders.

Yes, Sarawak has the constitutional right over local government, but we shouldn't reject the idea of restoring local council elections out of hand in the name of state autonomy.

As the Sarawak chapter of electoral watchdog Bersih puts it, state autonomy should not be used as a blanket argument to oppose Federal policy decisions.

It noted that Sarawak had a long history of local council elections dating back to the Local Authorities Ordinance 1948 and Local Government Elections Ordinance 1948.

"The first chief minister of Sarawak, the late Stephen Kalong Ningkan, was elected a district councillor, then a divisional councillor, before he was a member of the state legislature in 1963," Sarawak Bersih said.

It said restoring local council elections would increase democratic participation and give Sarawakians a voice on issues affecting them, such as affordable housing, town and rural planning, public transport, public health, sanitation and the environment.

Sarawak Bersih is also right to point out that elected councillors would be directly accountable to ratepayers and locals who elect them, compared to those appointed by political parties as is the current practice.

"Issues can be better aired and heard by those elected councillors and hence decision making will be more reflective of the wishes of the locals," it said.

In fact, Sarawak's autonomy means that the state can take the lead in holding local council elections under its own ordinances should it wish to do so, though this should be accompanied by proper consultation and engagement with the public first.

Let's not be too quick to dismiss the idea of local council elections or see it as a plot against Sarawak's autonomy but, as Sarawak Bersih suggested, consider the merits of the proposal and its prospects for broadening civic participation and promoting greater accountability and effectiveness in local government. 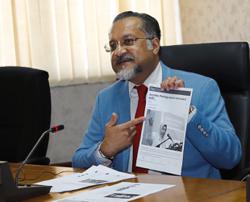 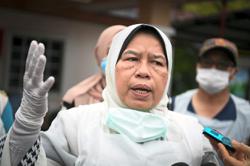