Transit-oriented development is the way to go

THE ongoing debate on transit-oriented-development (TOD) involving the site of the iconic A&W restaurant in Lorong Sultan, Petaling Jaya, is surprising and shows the silo perspectives of detractors.

All around the world, cities are encouraging TOD to alleviate traffic congestion and pollution.

TOD refers to integrated developments that allow people to work and live without the need for daily commuting.

The suburban sprawl of the 1960s and 1970s has resulted in wasting productive time while commuting, and causes pollution from vehicles caught in traffic jams as well as underutilisation of infrastructure such as roads, power grids, water, fuel and sewer reticulation.

It also affected local government services due to low-density developments in the suburbs while city centres are hollowed out at night as their infrastructures are provided for the demands of peak hours in the day and left idle after office hours.

For many years, residents in major cities around the world have not found the need to own private cars, depending on reliable and efficient public transport. Most hire cars only on weekends to get away from the city.

The argument that we should first have all our infrastructure in place before adopting TOD is flawed. This is a chicken-and-egg argument without acknowledging that TOD is actually the key to the solution.

If we continue to wait for the infrastructure to be built first, the sites identified for TOD would have been developed with low density and redevelopment could only be commercially viable some 50 years later.

The public must be made aware of the advantages of the TOD concept and adopt it early to resolve the ills of sprawling suburban low-density developments and alleviate the need for commuting which creates traffic congestion and pollution. 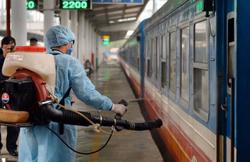 Resilience will keep us on road to recovery
One food station too many
SOP will not be of much use if people do not take rules seriously
Mum still reigns at home
Fun-filled classes can be just as effective
Spell out SOP clearly to public
Missing the adrenaline rush
Go green, go easy on your wallet
What it takes to be a journalist
When poor upkeep of facilities affects public