Life as a lighthouse keeper is indeed lonely. I found that out many years ago, when I became a ‘castaway prisoner’ on an island so that I could taste this experience.

Of course, it was nothing like the maximum-security prison on Alcatraz. I was free to roam at the Pulau Rimau lighthouse in Penang.

Being an avid adventurer, this ‘prisoner’ enjoyed his three-day sentence.

I was able to indulge in the activities I love.

We had the Marine Department’s permission and we brought the necessary rations for our mission.

Unlike the lighthouse keeper, I did not have any problems killing boredom and loneliness.

I spent most of my time there indulging in my passion for fishing.

I also walked around the island and enjoyed nature.

To preserve the quality fish I caught, I brought along an extra-large Coleman cooler.

There was no running water. Rainwater was collected and stored in a giant tank.

Before the crack of dawn, trawler boats were out to sea from Batu Maung.

Photographer Asri Abdul Ghani took the opportunity to capture the scenery as the sun peeped behind the horizon. It was a sight to behold.

While I was exploring the island one day, birds suddenly fluttered from a tree. I knew something was wrong.

True enough, I saw a python coiled under the tree. That was the cue for me to retreat.

Yusof Abu Bakar, 58, was the lighthouse keeper then. He had been posted there three years back.

He worked for a stretch of three weeks and went back to his hometown in Kelantan during the break.

“It’s really lonely. There is no one to talk to.

“My only companions are the three cats, and I have a radio to break the monotony,” he said.

For me, it was a perfect place to get away from the hustle and bustle of city life, a recommended venue for meditation and character-building.

My first encounter with a beacon keeper was in 1979 at the clifftop Muka Head lighthouse.

Starting from the ‘End of The World’ at the Teluk Bahang fishing village, I walked 3km along the beach to reach the place.

At the time, I was with the now defunct National Echo newspaper.

I was alone and had to carry my heavy rations and a camera bag.

I was really cut off from the outside world during my two-day stay at the lighthouse.

Most of the time, all you could hear was the continuous lashing of the waves against the rocks.

I enjoyed watching eagles soaring from the tall trees in the jungle.

At times, they dived into the sea below for fish. Their expertise and antics thrilled me.

Ships passed through Muka Head as they headed for international waters.

The keeper was alone in his kingdom without a subject to pamper.

My short stay provided some relief to Abdul Rashid Darus, who was then 50.

Instead of fishing, Abdul Rashid used bubu (bamboo fish trap) that he made himself. Daily, he ate fresh fish from the sea.

The excess catch was left in the trap for the next meal.

For 27 years, Rashid had led the life of a virtual hermit, but he had no qualms about it.

His wife has to leave the mountain when their nine children reached school-going age.

I had a good look inside the lighthouse. Three generators were used to run it at night.

Built in 1828, it has been a guardian angel to thousands of ships for more than a century.

I was also very familiar with the lighthouse located on a tiny island off Tanjung Bunga. It is known as Pulau Tikus (The Island of Rats).

I used to go to the island for dip net fishing among the gaps in the rocks, where groupers abounded.

The island is one huge mass of rocks and boulders with tiny stretches of beach.

On a few occasions, I have stayed on the island with photographer Zainuddin Ahad to be a ghostbuster. But we saw nothing.

There is a tomb of a holy man on Pulau Tikus. He was buried there years ago by foreign traders. Some people came to offer prayers at the tomb and to wish for their dreams to come true.

I do not mind being a lighthouse keeper for a few months. Surely, it is a retreat to refresh the body and soul. 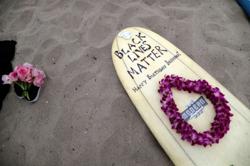 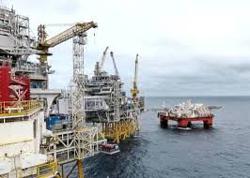 Negative US oil price is not end of the world