TOWARDS the end of last year, I attended an Asian Football Confederation seminar.

All the bigwigs of Asian football attended it. On that day, Belgium was ranked the world number one team, based on points.

One of the main speakers for the event was Football Federation Australia technical director, Eric Abrams.

Eric was part of the development team that built the successful Belgium football pathway system.

Towards the end of his presentation, Eric specifically advised the attendees not to copy and paste the Belgium football model.

He said it was a system that worked for them and may not necessarily work for other nations.

When I told this story to my friends and former colleagues, they just said we should tell this story to our Malaysian co-workers because Malaysians love to copy and paste – sometimes, even literally. If only I were allowed to tell BBC stories.

My friends from the creative industry are especially fed-up with how some people are so blasé about copying other people’s ideas.

It is like they have no moral conscience and are not afraid of being found out.

To me it is more about pride, and if you copy someone else’s idea, it demonstrates that you cannot think for yourself. But some people just don’t care.

The stories that my friends from the creative industry constantly tell me is that they walk into a potential client’s meeting room, present an idea or concept, and then the potential client will say, “Great idea, we will get back to you once the tender process is finished.”

Months later, there is no phone call but somehow my friend’s idea is seen on print, TV or digital advertisement.

However, now the idea is not carrying their brand logo but a different one – the logo belonging to the company they pitched to.

Before they pitch their fancy deck, they make sure the client or potential client signs the documents.

When I ask them what their client’s response is, they report that the client usually says with a big laugh, “What lah? Don’t trust me one, ah?”

The best response to that question was from my friend, Jo, who said, “No lah, you have morals, but you never know who is not ethical.”

Truth be told, that was Jo’s sarcastic way of telling his client that he does not trust them wholeheartedly.

I have also seen this type of behaviour when people get a new employer.

They want to bring something new to the table, so they just use one of their old ideas that worked in their previous job.

I remember telling this to a senior colleague in my old company when she asked for my opinion.

“Your race car model format is not going to work with the group you are about to present to. They are different.”

She looked at me with disgust and anger.

I remember telling her politely, “Please do not get upset; you asked and I am telling you the honest truth.”

Unfortunately, I was right. This lady took a lot of heat for the race car presentation that she delivered, and it was used against her during her performance appraisal.

From that day onwards, I remember calling it the BK behaviour – not to copy something or anything that worked in a previous job.

Change is never easy. Copying and pasting may seem like a shortcut, but at the end of the day, one must assess if that particular copy paste idea clicks with the people working in that organisation.

I have often found that the best change agents worked around all things truly Malaysian – a free product, a free t-shirt, a lucky draw, workplace awards, food, and learning materials with lots of photos and visuals.

Simplicity is genius, so just keep it simple. But that is often the hardest part. 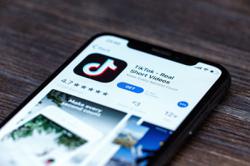 Relief a side effect of Covid-19 jabs
‘LHDN won’t make deals over phone’
A dear friend lost to cruel virus
Good, fast or cheap pick two
Making it convenient will help boost vaccination rate in Perak
Injecting hope for fast recovery
Missing jab date has wider effects beyond one person
A virus battle tale of the wild kind
The doubtful among the herd
Resilience will keep us on road to recovery