It’s the people behind startups

Lee is predicting a renaissance for Chinese startups specialising in hardware as China boosts technology and skills at factories.

VC investor Jenny Lee of Singapore, who made millions betting on China’s Internet growth and is now betting on a hardware boom, says startups are successful because of the people behind them.

LONG before she became the first woman to figure in the Top 10 on the Forbes “Midas List” of leading venture capital investors this year, GGV Capital’s Jenny Lee cut her teeth as an engineer on Singapore’s fighter jets.

She went on to make millions of dollars betting on China’s software and Internet boom – including buying into Xiaomi five years ago when the company had only a prototype of the smartphones that have since catapulted it up the global rankings and turned it into a US$45bil enterprise.

Now, Lee, 43, is going back to her hardware roots, predicting a renaissance for startups as China boosts technology and skills at factories, potentially triggering a wave of new inventions – from drones and robots to smart cars and beyond.

“Finally, after 15 years of investment in China, we’re starting to see the real ‘makers’ come to play,” says Singapore-born Lee, who moved to China in 2005 to set up GGV’s Shanghai office. 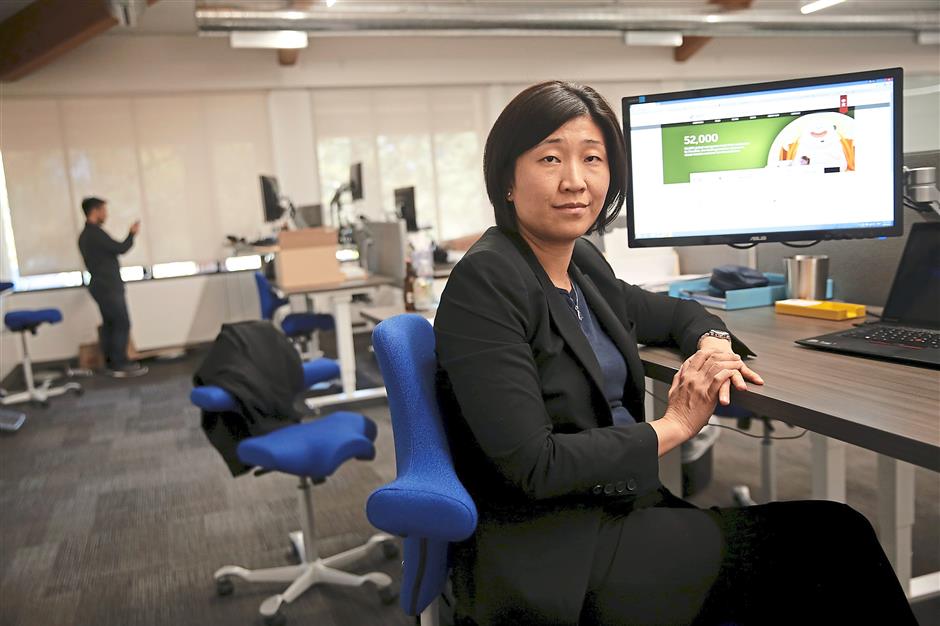 Lee cut her teeth as an engineer on Singapore’s fighter jets but went on to make millions of dollars betting on China’s software and Internet boom. - Reuters

China’s cabinet this year unveiled it “Internet Plus” and “Made in China 2025” plans to boost output through new investments and innovation as breakneck growth slows in the world’s second-largest economy and labour costs rise.

Lee sees a particularly attractive opportunity in China with these sweeping plans to digitise and automate the economy.

“China reinvents itself every 10 years, and you can see this in their policies – from the migration from low-cost labour to software-based IT personnel in 2000-05, to now precision manufacturing and automation,” says Lee, who worked briefly as a banker at Morgan Stanley.

A junior college doubles kayaking champion, Lee recently invested in Chinese smart notebook startup Xiaoniu and EHang, a drone-maker that specialises in flight control software and is looking to expand into agricultural and industrial applications.

She has also looked into electric cars and autonomous driving and flight technologies, as an extension of the investments in EHang and electric scooter NIU.

Together with Hans Tung, another managing partner at GGV, Lee has focused on hardware start-ups with a presence or founders in both China and the US – firms better able to marry Chinese supply chain know-how with Western product design skills, Tung tells Reuters.

Lee, a trailblazer in the male-dominated world of venture capital, says the industry is “gender agnostic,” though she quips that she’s as much at home with the guys on the golf course – “I drive 250 yards” – as she is having dinner with entrepreneurs at home with their family and kids.

Beyond crunching numbers on startup businesses, Lee says she works to simple metrics: “Have you invested? Have you helped companies? Have you made money for investors?”

“Startups aren’t objects. They’re successful because of the people behind them. It’s about understanding the motivation behind the person. When we talked to (Xiaomi founder) Lei Jun, it’s not saying ‘Oh, are you making a phone? What’s in it?’ He has this passion, he has to win. That’s very important.”

Executives who have worked with Lee say she has strong analytical skills and a steely, decisive edge.

Tiak Koon Loh, CEO of Chinese tech consultancy Pactera and a longtime business partner, recalls when Lee fired a group of executives at a portfolio business in the early 2000s, it was something relatively unheard of at the time in the region.

“For her, business is business,” he says.

For Lee, though, there’s more to it than that.

“I’m a very gut-feel type of investor and my background is pretty unique. I’m a hardcore engineer. I have a real love for the industry. I just love pulling up products and seeing things come to life.” – Reuters