Resort homes coming up in Morib

Visitors looking at the Rumah Selangorku model during the showcase of Morib Bay Resort City during Sentorias Raya open house.

RESORT style living is what Morib Bay Resort City (MBRC) in Selangor has to offer to its future homeowners.

With a gross development value of RM3.5bil, MBRC is also the property developer’s maiden project in Klang Valley.

Out of the 141.6ha of freehold land, 40.5ha caters to a water park, safari park, mall and hotel with meeting, incentives, conference and exhibition facilities while the remaining 101.8ha will have various types of amenities, housing and commercial components.

Global Heritage Riviera units have a built-up area of 2,566sq ft that come with four plus one bedrooms and five bathrooms.

Priced from RM668,000, the units have a built-up area of 2,566sq ft that come with four-plus-one bedrooms and five bathrooms.

“Property owners have an option to lease their units through the management for a fixed return every month.

“Those who wish to take up the three-year agreement will have the advantage of furnishing their units at a cost shared with the management,” he said.

Yoong added that the response towards Global Heritage Riviera was encouraging since its launch last year, with only less than 20 units available to-date.

Global Heritage Riviera is slated for completion by first quarter of 2018.

Another upcoming project would be two blocks of Rumah Selangorku apartments, which was opened for registration at the event.

Yoong says property owners have an option to lease their units through the management for a fixed return every month.

“There will also be a multi-purpose hall, surau and retail shops within the compound,” said Yoong.

Speaking of the water theme park, Yoong said it would be completed by the last quarter of next year while the other components of the resort city will be rolled out in phases.

“The theme parks and hotel will be a larger and improved version of Bukit Gambang Resort City in Kuantan,” he emphasised.

Sentoria’s first resort city development is the Bukit Gambang Resort City (BGRC) in Kuantan, which opened its doors in July 2009 while its second is Borneo Samariang Resort City in Kuching, opening end of this year.

Apart from resort cities, Sentoria is also the developer of Langkawi Nature Park, which is expected to be completed by end of this year.

“We believe that a mixed development based on a resort city concept enhances the property value offered within the area.

“Like in BGRC, property owners of the first properties gained at least 50% capital appreciation,” said Yoong, adding 30% of completed houses in Kuantan each year is by Sentoria, making the developer the biggest in the state.

The entire MBRC is expected to be completed within the next 10 to 15 years. 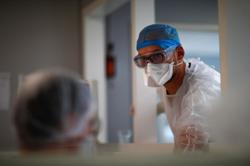 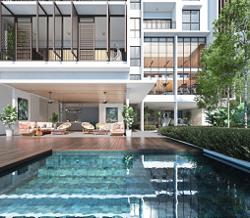