THERE is a new version of instant ketupat palas – glutinous rice wrapped in triangular fan palm leaves (licuala triphylla) – in the market. It is close to the real thing and tastes just as good.

Entrepreneur Fatihah Anis Ibrahim of Fatihah Frozen Food has introduced her version of the traditional ketupat, which is selling like hotcakes now that it is Ramadan.

“Although it is ‘instant’, the texture and flavour of this ketupat will not change. In fact, our instant ketupat palas can last for a year if you store it well.

“That is because we use only thick coconut milk and salt to cook the glutinous rice. We also cook it for a long time. The longer the ketupat is cooked, the longer it can last.

“We also make sure the rice is just enough to fill the casing, not too much or too little. Once cooked, the ketupat are aerated before they are frozen,” said Fatihah during a food-tasting session.

Fatihah Frozen Food specialises in manufacturing quality instant frozen food and pastries and has been in the market since 1994.

The company, which operates at its factory in Jalan Batu Caves, Kuala Lumpur, produces more than 20 varieties of instant frozen local pastries such as cucur badak, curry puff, sardine roll, samosa and spring roll for the local and international markets.

Fatihah said she used only selected glutinous rice, which is not sticky and sweet, for the ketupat palas. They are preservative-free and each is sold at RM1.

Fatihah says her company has to hire more part-timers to cope with the demand for instant ‘ketupat palas’.

“We did a few samplings and sales have been really good.

“Within a month, we received more than 500 orders a week. We have to hire more part-timers now to cope with the demand,” said the 55-year-old businesswoman from Kota Baru, Kelantan.

The instant ketupat palas can be boiled or steamed for about 20 minutes before serving. If you are not too fussy, you can even eat them cold.

Ketupat palas is famous in Terengganu, Kelantan, Perlis and Kedah but each state has its own cooking and serving style. Over the years, many people from other states have also acquired the taste.

“Since it is not easy to get fresh ketupat palas, ours is one of the closest you can get to the real thing.

“We buy daun palas in bundles from a supplier. A small bundle of the leaves contains about five stalks and can yield about 30 casings,” said Fatihah.

Just like ketupat nasi, the casing of ketupat palas has to be weaved manually. Each casing has to be folded into a triangular shell before it is filled with the steamed glutinous rice. One has to master the art of folding this triangle casing.

“You have to fold it neatly and make sure no rice oozes out from the corners of the casing.

“Each fold has to be neat and accurate. The last loop is the most important where you have to pull it as tight as possible. To make sure the casing doesn’t split open, you have to tie a little knot at the end of the leaf,” said the mother of three children.

This traditional delicacy is often eaten with chicken or beef rendang, serunding (chicken or meat floss), kuah kacang or sambal. You can also eat the ketupat with gula melaka if you have a sweet tooth. And it is also tasty enough on its own.

“Preparing this delicacy traditionally is rather tedious but you save a lot of time by buying our instant ketupat palas. It goes well with our ready-made rendang, serunding, kerutuk and kuzi.

“You can prepare your ketupat palas and rendang in a jiffy.

“There is no need to slog for hours in the kitchen,” said Fatihah, whose recent instant food includes roti paratha, roti pisang, lemon chicken and chicken in Thai sauce glazed with shredded mangoes. 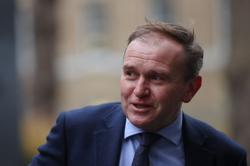