The Malaysia Digital Economy Corporation (MDEC) has targeted to draw about 2,000 eUsahawan participants to join the just-launched eU@Marketplace programme by 2017.

CEO Datuk Yasmin Mahmood said the programme was the latest initiative by MDEC and was aimed at providing a variety of income sources for entrepreneurs.

“This programme will provide the advantage to micro-entrepreneurs to explore international markets, rake in additional sales and get a wider product exposure, besides facilitating product sales,” she said.

The intiative, which started operations in July this year, represents an e-commerce eco-system that provides marketing opportunities to entrepreneurs. Through it, entrepreneurs can interact as well as carry out their businesses in a specialised network.

The eUsahawan programme is an initiative by the Government through MDEC to institutionalise digital entrepreneurship among students of technical and vocational (TVET) institutions, youths and micro-entrepreneurs.

To-date, about 41,000 micro entrepreneurs have undergone training and sales totalling RM26mil have been generated.

Some 10,000 Malaysian small and medium enterprises have listed on the Alibaba platform, according to International Trade and Industry Minister Datuk Seri Mustapa Mohamed.

Mustapa said the listing of the SMEs, under the Malaysia External Trade Development Corporation’s (MATRADE) e-commerce scheme, could help them penetrate overseas markets.

“This is an instance of economic cooperation between Malaysia and China, and is expected to benefit SMEs in the country,” he said in Parliament in reply to a question on the benefits from the recent trade mission to China.

Atilze Digital, a subsidiary of Yen Global Bhd, aims to be a RM1bil company by 2020, leveraging on the Internet of Things (IoT) business in South-East Asia.

CEO Gerard Lim Kim Meng said the market value for IoT business in Malaysia was projected to be at about RM9.5bil in 2020, and the company aimed to grab at least 10% of the market share.

“The demand for the IoT solutions that the company has developed with partners is there, based on the pilot test and proof of concept that were requested and ongoing,” he said.

According to Lim, Atilze expected to generate revenue in the first quarter of next year.

“Among the solutions which are currently tested in Malaysia are on home security and environment monitoring, including flood, air quality and water quality monitoring systems,” he said.

Lim said management of smart cities and townships were also coming into place and could be implemented, and Atilze had been in discussion with various states and city councils and housing developers.

The company is also eyeing the Indonesian market, which Lim said had big potential in IoT applications for smart cities plus connected vehicles.

Lim said the company also recently collaborated with Cyberview to build, operate and commercialise a city-wide long range (LoRa) network in Cyberjaya and expected to expand this to the Klang Valley.

LoRa is an open standard for low power-wide area network, which connects low-power devices like sensors over a wide area at lower prices.

He said the company expected to spend about RM10mil in the next 12 months in rolling out LoRa in CyberJaya and Klang Valley, as well as in software and human capital.

Almost a third fewer women than men in the world’s poorest countries are connected to the Internet and the gap is set to widen, an anti-poverty group said.

The analysis, released at Europe’s biggest tech event, the Web Summit, forecast the digital gender divide would widen further by 2020 to about 32% when factoring in population growth and current Internet trends, to a gap of 53.5 million.

The report said a global target set by UN member states last year to have universal affordable Internet access in the least developed countries by 2020 was off-track.

Anti-poverty campaigners and tech leaders such as Facebook’s CEO Mark Zuckerberg have actively promoted the Internet to help lift people out of poverty by connecting them to education and business opportunities as well as health services and banking.

David McNair, policy director at ONE, said the new analysis showed that almost 350 million women and girls would remain unconnected by 2020 compared to about 290 million men due to a range of access, cultural and literacy factors.

“But the fact is that when you empower women and girls to more education and job opportunities then this also benefits their families, communities and countries,” he said. 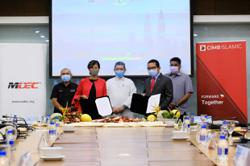