Say no to corruption: Top Glove

Lim says Top Glove stresses the importance of a healthy body and a healthy mind among its workers, and this includes saying no to corrupt practices.

At the 5th Malaysia-China Entrepreneur Conference, Top Glove grabbed the limelight with its unusual corporate culture, Tencent asserted that ‘China is not failing’ and Alibaba said the Internet would power China ahead. HO WAH FOON reports.

EVERYONE knows Top Glove Corporation Bhd is a leader in global glove manufacturing, but did you know that the company is also taking the lead in saying no to corruption and promoting good business ethics among big corporations?

This was the message Top Glove impressed upon businessmen from China, Asean and Malaysia at the 5th Malaysia-China Entrepreneur Conference in Kuala Lumpur.

According to founder and chairman Tan Sri Lim Wee Chai, it’s not enough to produce quality products efficiently at low cost and command a huge market. The staff must also be morally and physically healthy, he stressed.

“Every company has its own philosophy and culture that leads it to success. We have set a target that we must progress with time, produce high quality goods and improve efficiency. But we must lay the foundation to achieve our targets.

“This foundation lies in our talents and staff. They must have a healthy mind. They must also have a healthy body so that they won’t fall sick easily,” said Lim during his presentation at the conference organised by the Malaysia-China Chamber of Commerce.

Top Glove demands that every employee — from top decision maker and to low ranking staff — wears an “anti-corruption” badge. And it also gives its business associates a similar badge. This message is also displayed at the gates of company’s premises to show the integrity of the group in its dealings.

To the surprise of his audience who responded with ticklish laughter, the executive chairman of Top Glove played a video of his staff brushing teeth in his factory.

He explained in Mandarin: “We supply each worker with a set of toothbrush and toothpaste. They must brush their teeth three times a day. We are promoting good health culture. We think it’s wrong to fall ill. Everybody must be able to work everyday. I work seven days a week.”

Top Glove, which started in 1991 with one factory running three production lines, has grown by leaps and bounds over the years. Today, it operates 27 factories and is the largest rubber glove producer in the world.

It exports rubber gloves to 200 markets, commanding 25% of the world market.

Smoking is strictly forbidden at the workplace.

Another speaker at the conference who caught the audience’s attention was Malaysian-born Lau Seng Yee, who is senior executive vice president at Tencent Holdings Ltd and president of Tencent’s online media group.

Tencent is involved in entertainment and value-added services for the online and mobile phone eco-systems in China.

The Shenzhen-based group became the largest Internet company in Asia by value on Sept 8, 2015, after Alibaba Group Holdings Ltd’s equities value suffered a major drop of US$141bil over 10 months, according to Wikipedia. Tencent’s huge web portal QQ.com and mobile chat service WeChat has helped bolster expansion of the group into smartphone services.

Lau, who has worked in China since 1995, made a bold assertion that China’s economy “is not failing”, despite the current pessimism over China’s gross domestic product (GDP) growth.

“For the past 20 years, I have witnessed the change of mindset in China, the adoption of new approaches in tackling issues and problems. China is not entering the worst of times. The doomsayers are certainly wrong,” said Lau.

Touching on the “Internet-plus” drive in China, he explained it was a strategy minted by the Chinese government in 2014 to embed and integrate Internet into all types of industries for exponential growth.

“The Internet-plus acts as a powerful catalyst for change. Within the Internet-plus initiative, we are matching demand with supply. This ideal economy is taking shape in China. It is not an impossible dream, largely due to the entrepreneurial spirit of the people in China.”

Lau noted that few countries in the world had addressed Internet issues at national level; China was among the few.

“The Internet economy’s contribution to GDP is a new standard to measure a country’s success. China can become an Internet-plus nation because of its entreprenuerial spirit, willingness to change its thinking,” said Lau.

He ended his presentation with a video showing how a remote village in China had embraced Internet in organising meetings, improve agricultural productivity and life.

In line with Lau’s views, Alibaba.com’s head of global business Xu Changlong said the future of Internet business would be demand-driven, where customers decide what products and services should be offered by providers.

“In the Internet world, the fast will swallow the slow. One example is seen in Uber. Even if your company is small, say with only 20 people, there is no problem. You can still compete,” said Xu.

He revealed that Alibaba was now working with schools in Asean to nurture Internet talents.

“In China, we want to develop one million talents. Alibaba will provide the platform for this,” Xu said.

In the past 15 years, China’s e-commerce has grown by an average 59% per year, according to Alibaba’s data. 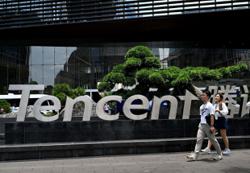 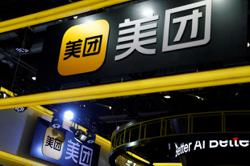