The desert-greening job involves mainly soil erosion control works in the Kubuqi Desert with the strategic laying of palm-fibre mats manufactured in Malaysia.

Malaysia’s Global Green Synergy Sdn Bhd (GGS) has secured a RMB1bil desert-greening project in China via its partnership with Elion Resources Group, one of the top 100 corporations in the Chinese mainland.

It marks the first time that a Malaysian small medium enterprise (SME) is participating in a desert aforestation programme in China – in Inner Mongolia. GGS’s participation was on the invitation by Elion, which is known for its success in countering desertification in the Kubuqi desert over the past two decades.

Elion posted revenue of RMB30.9bil in 2012 for ecological rehabilitation work,

The new desert-greening JV job commencing this year involves mainly soil erosion control works in the Kubuqi Desert, which is undergoing major afforestation. The control of erosion is to be done by the strategic laying of palm-fibre mats manufactured in Malaysia. 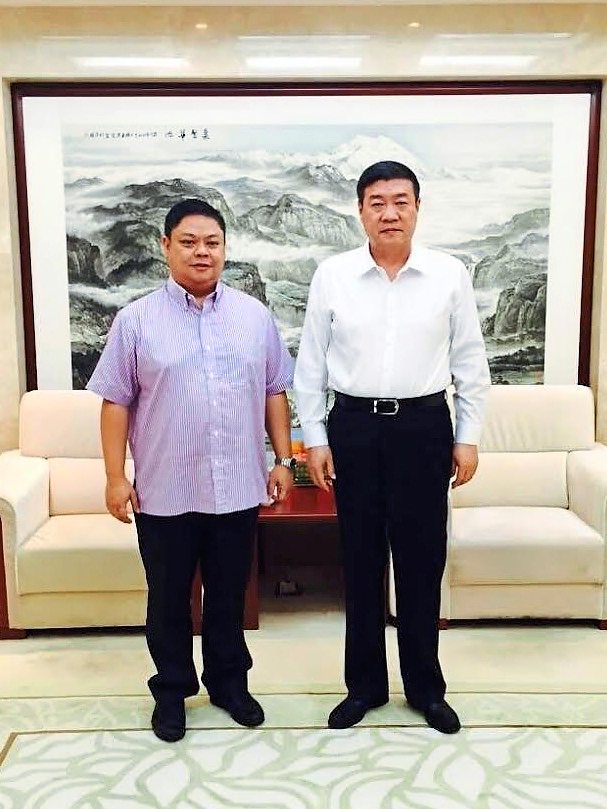 According to Lim, Elion chairman Wang Wenbiao may come to Malaysia for the launch.

Lim, a vice president of the China-Malaysia Chamber of Commerce, is excited that GGS has been given an opportunity to work with a huge Chinese corporation.

“I foresee GGS revenue will jump after the first year of the JV operation. There will be substantial profit too. The guarantee by Elion Resources to buy the desert-greening materials produced by the JV in Malaysia will be a big boost to the JV and GGS,” says Lim at his Wisma Zelan office.

While there is no doubting the project will help boost GGS’s revenue and profit, Lim declines to give numbers.

Currently, GGS’s main business is the processing of palm oil waste into value-added green products, including raw materials for bio-fuels. It also produces and sells machines for such purposes. With the two companies’ close collaboration, Elion is also expected to buy machines made by GGS.

In 2014, GGS’s revenue stood at RM15mil, with net profit coming in at RM1.5mil. Total revenue for this year is projected to surge to about RM50mil and net profit to jump to RM6mil-RM8mil.

Elaborating on the JV, Lim says his China partner will invest RMB1bil in Malaysia over the next five years. The capital outlay on GGS’s part is not expected to be huge, but the company will be required to contribute in the form of green technology and management of factories.

The JV arrangement specifies four immediate projects to work on: two related to the desert and two on biochemicals.

For the desert-greening jobs, the JV will set up factories in Malaysia to produce natural fibre mats from palm empty fruit bunch (EFB). The mats will serve to control soil erosion, retain water and absorb nutrients. The laying of fibre mats will ensure that trees planted in the desert will not be undermined by soil erosion and loss of water and nutrients.

The JV will also develop activated carbon and bio-charcoal to be used as fertiliser and filtration for polluted air and water in the desert. These materials produced in Malaysia will be sold to Elion Resources.

There are also plans to invest in the production of bio-chemicals from Malaysia’s natural resources, in line with the aspiration of the National Biomass Policy 2020. According to official estimates, the National Biomass Strategy 2020 could translate into an incremental RM30bil to GNI (gross national income) and an additional 66,000 new jobs by 2020.

How did the 41-year old Lim get a slice of the desert job?

“My contributions to the Malaysia-China Chamber of Commerce and my relentless efforts to develop GGS into a green biomass enterprise since 2008 have impressed the authorities,” grins Lim.

Before he became the chamber’s vice president, Lim was its youth leader and secretary-general. In 2011, he was the winner of the World Creative Young Entrepreneur Award conferred by Brussels-based Junior Chamber International.

The exchange rate stands at about RMB100 to RM61.