Venture that gets bigger

All new: The UCSI University will be developed in phases over the next few years.

Peter Ng has come far as an entrepreneur, building his education group from scratch and expanding into other ventures besides, but he is largely still a teacher at heart.

He was 24 years old and had just graduated with a Bachelor of Computer Science from Canada.

“I never thought of becoming a businessman. But I wanted to have flexible time and since I was trained in computer science, I went this way,” he shares.

He offered one-on-one classes for adults who were hoping to learn and catch up with computer technology back in 1986. He recalls with amusement stories of how respectable corporate figures were nervous about pushing floppy disks into the floppy drive.

“As if the computer was going to explode any time,” he laughs.

Education: Ng still thinks he is a teacher first at heart.

His services were quite sought after and his centre started to grow.

But what Ng did not anticipate then was how far the computer training centre would go.

Three decades later, Ng’s training centre has morphed into the established education conglomerate UCSI Group. Apart from the education business, the group also has dealings in the hospitality, property, healthcare and e-commerce sectors.

“I had no idea it would grow to this,” he says with a flourish of his hands.

These days, the 56-year-old speaks assuredly of the group’s growth plans.

UCSI is in the midst of building its main university campus, which will take about five years to complete. Once completed, the campus can take up to 35,000 students.

The group is also looking at building its other offerings such as its healthcare and e-commerce arms to provide its students with a strong platform for a practical education.

And to think that it all started because Ng only wanted some flexible time.

Over the target:UCSI currently houses 10,000 student across its tertiary education segment.

Back then, Ng had gotten RM2,000 from his father “to stay afloat as long as possible” when he moved from Linggi, Negri Sembilan to Kuala Lumpur to start work. The RM2,000 was used to cover his rent, daily expenses and as capital for his computer training centre.

His father, who was quite the handyman, also helped put together some of the furniture for his office.

His business ended up multiplying rather quickly, thanks in part to the clientele he serves – they were mostly heads of companies and could afford to pay.

“That helped me accumulate capital,” he says.

Within two years, Ng’s institute began offering 3+0 business programmes on top of his computer training courses and his centre grew from one-third of a mezzanine floor into two units of four-storey shop lots.

“We grew really fast. We kept outgrowing ourselves,” he adds.

Over the next few years, Ng moved his centre from location to location to accommodate the growth.

Its name was also changed from Canadian Institute of Computer Science to Sedaya College in 1990 to better reflect the nature of the organisation.

Not long after, Ng started to see his venture in a different light.

“I began to understand that this was bigger than what I can envision. By then, I already dared to think big. It was no longer like that first time when I started with a small centre in PJ. I envisioned it to be a big university with thousands of students, about 6,000 to 8,000 maybe,” he says.

Big dream in hand, Ng purchased a 20acre plot of land in Cheras at RM18psf to build a campus. And by the seventh year, they moved into the new campus.

As the college grew, the group acquired more land and bought over another nearby property.

The college obtained its university college status in 2003 and was renamed UCSI University in 2008 when it was made a full-fledged university.

Ng notes that UCSI has, again, outgrew his targets. It currently has some 10,000 students.

While the group is growing steadily, there have also been challenging days for Ng.

As with most businesses, funding was a big challenge for Ng. He did not have a financial backer despite running such a large group. He fancies that funding will continue to be an issue for UCSI as its development plans over the next five years is expected to cost some RM1bil.

But Ng says there is nothing that one can’t manage and survive. There is always a solution, he adds.

Practical platform:USCI opened its own hotels a few years back to give its students a real taste of hospitality.

“I really learned through all the obstacles and failures and my stupidity. But I’m glad I did not fall until I could not stand back up,” he says.

Some of the group’s other challenges include having to deal with human resources and having to absorb the Goods and Services Tax (GST) in its development cost as such costs can’t be passed on to students.

Ng has appealed that the authorities consider providing higher learning institutions with incentives to counter the cost of GST.

Despite how far Ng has come as an entrepreneur, he is still very much a teacher at heart.

“I am foremost a teacher at heart. I love to lecture. It’s hard to get away from it. And I’m always lecturing my staff when they’re wrong or they’ve made a mistake. They have to bear with me because I love to teach and I love to lecture,” he laughs.

Ng says he “teaches” so frequently and with just about anybody that his children have had to remind him that not everyone was his platform to teach.

“People don’t like it and my children don’t want to be caught in an unpleasant situation,” he adds.

Even in his fifties, Ng shows no sign of slowing down, or at least not until grandfatherhood comes calling.

He still talks excitedly about the group’s growth plans, noting that UCSI is in an expansionary mode.

Healthcare concern: An artist impression of the USCI University Hospital which is expected to open its doors middle of this year.

“I want to slow down and spend time with my family especially when I become a grandfather. But at the moment, none of my four children want to help me with that,” Ng says with a laugh.

The honest truth, Ng will say, is he did not start out with such a big plan. His little venture just turned out to grow a lot bigger than he had expected.

He is content with what UCSI has turned out to be, but as all entrepreneurs will say, there is still a lot more to do. 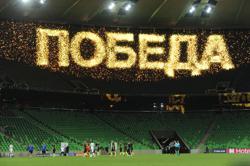