For Phison CEO and co-founder Pua Khein-Seng, entrepreneurship isn’t about chasing money so much as it is about creating value out of nothing and nurturing people, whether employees, suppliers or clients, writes LIM WING HOOI.

WEALTH and self-importance can make people forget who they are, and so, for Phison Electronics Corp chairman and chief executive officer Datuk Pua Khein-Seng, 41, it’s important to always keep a level head and be on your toes.

“Entrepreneurship is about chasing ideals, about feeling successful from being able to create something from nothing, from having trained employees and seeing them live well, buying houses or cars, and starting a family,” he says.

This view serves as a timely counterpoint to those who are caught up with the startup craze of million dollar valuations and who thinks that entrepreneurship is about making money alone.

Pua is part of a team of five, comprising two Malaysians, two Taiwanese and one from Macau, who in 2000 founded Phison, the Taiwan-based original design manufacturer specialising in flash controllers. In 2012, Phison set up a 1,800-sq ft research and development (R&D) centre at the Bayan Lepas Industrial Estate in Penang, with a staff of eight. 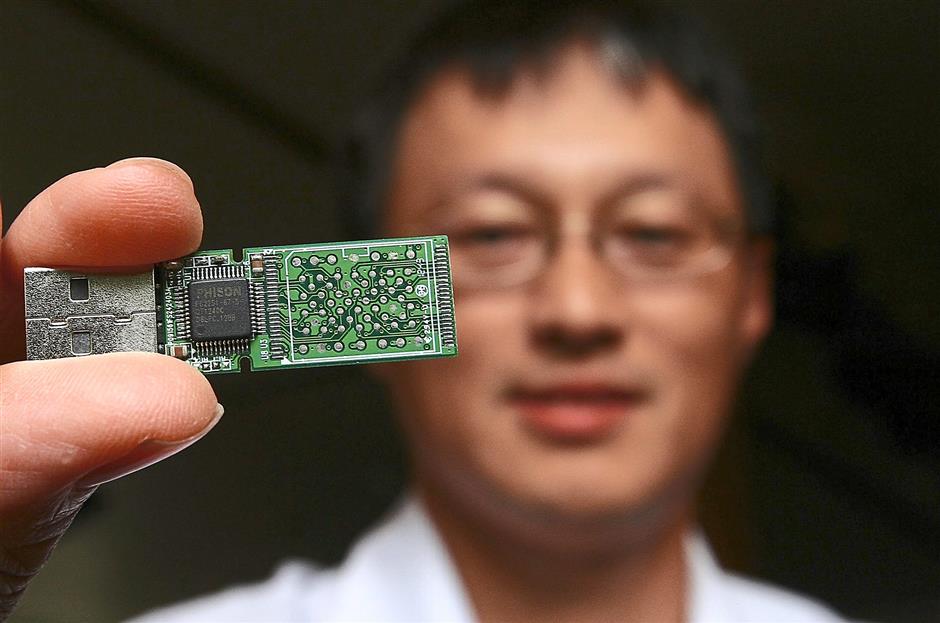 
It was back in 2000, when he was 26 that Pua formed the company with his team in Taiwan, coming up a year later with the first single chip USB flash controller (or known as “system on chip” or SOC), which manages how data flows from a USB drive to and from the computer). This lead to them patenting the product, which they trademarked as Pendrive.

The company was listed in 2004 in the Taiwan stock exchange.

Phison under Pua’s leadership hit the US$1bil revenue mark in 2010, and this year, in its 15th year, the company achieved a revenue of US$500mil for the first half of 2015.

A graduate in electrical control engineering from the National Chiao Tung University (NCTU) in Taiwan, Pua says getting their business started was far from a stroll in the park. In fact, it was as bad as one could imagine, with nasty employers and lawsuits thrown into the mix.

During his university days, he signed up as a researcher with a professor of his on a programme that was developing NAND flash technologies controller for flash drives. 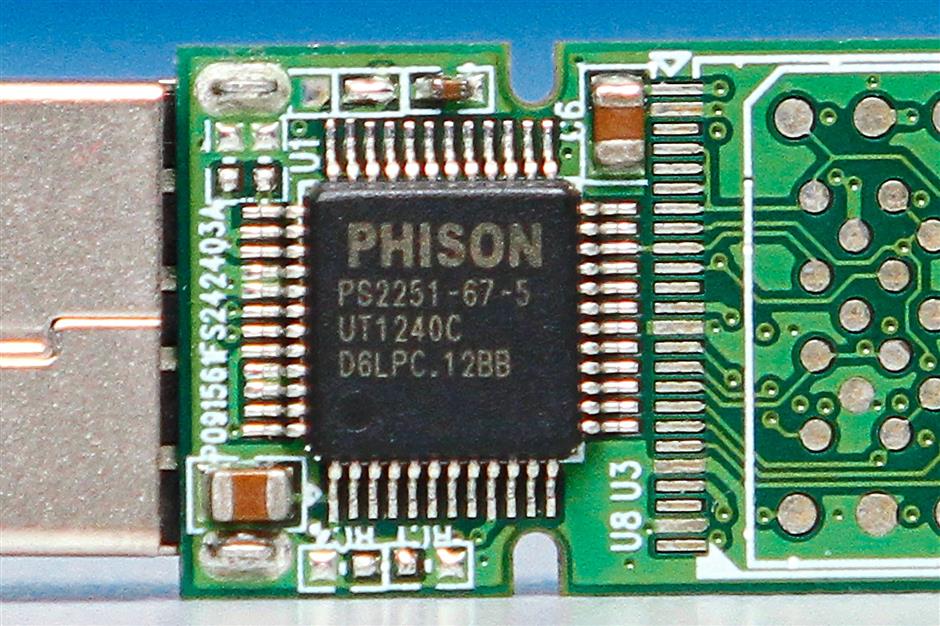 
“My plan was to get a good job in a Taiwanese or Japanese factory in Malaysia after graduation,” he recalls.

But, as fate would have it, he met his future business partners in the course of the research programme, and this would take his working life down a path different from the one he had in mind.

The five were transferred to work for a company in the campus, then known as Feiya Technology Corp-FTC, which was cooperating with universities in research work on flash technologies.

“We became their core technicians, sometimes sleeping in the office and barely attending class,” Pua remembers.

They eventually succeeded in helping to develop a workable compact flash controller during the programme. While this was a happy break-through, Pua and his friends decided that they were not being properly remunerated for their efforts. They then made up their mind to find a better-paying position since they had earned their degree and were in post-graduate programmes.

“But the company threatened to sue any employer who would hire us. When we decided not to work as hard as before, they decided to start a new company for us to do research on NAND flash technology,” Pua recounts.

He was appointed general manager and promised a fund of US$1mil, but Pua and his friends were made to sign a non-competition agreement, which listed areas they were forbidden to work on.

Despite all this, they got less than a quarter of the money promised, and the company subsequently sent them a letter of no-confidence and decided to shut them down.

Obviously, they had been led down a dead-end.

So the five decided to strike out on their own. In September 2000, they incorporated Phison, which basically means “five persons”, raising money from their own savings, with some contribution from their 12-strong workforce and other investors. 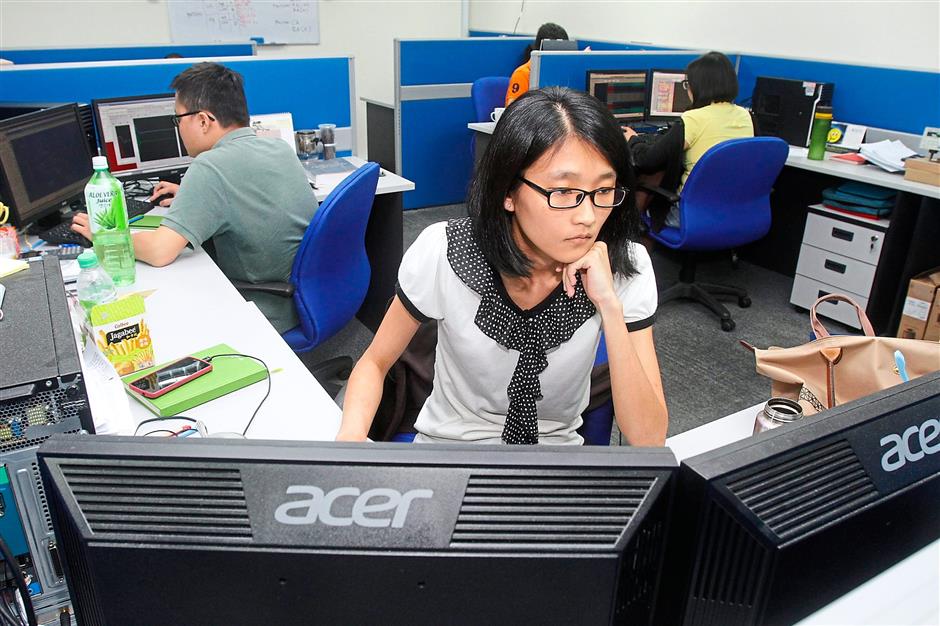 The company’s R&D centre in Penang employs a staff of eight.


By October of 2000, they had managed to raise US$1mil themselves and proceeded to rent a 648 sq ft basement space from the Industrial Technology Research Institute (ITRI) Incubation Centre in Hsinchu, Miaoli, Taiwan.

With no products of their own yet, it was a challenging situation. They used up half a million dollars in the first nine months of operations for rental, salaries, machinery and R&D expenditures, and as such, Pua says, the fledging company took up any jobs that came their way – from designing USB card readers to MP3 players and voice recorders.

Actual manufacturing was outsourced to other companies.

Later, they received a request to design a USB flash drive, and that was when they started to turn a profit. This attracted the attention of their previous employer, FTC, which sued them for breach of contract, among other things, based on the non-competition agreement they had signed previously.

During one of the court proceeding, Pua remembers becoming angry when an FTC general manager said: “You young people are shameless. You stole our design, claimed it as yours and profited from it.”

“We signed the non-competition agreement earlier because we needed the work permit, but it doesn’t mean that we stole their product as it was developed by us. We developed the compact flash controller (for FTC) but this was a USB flash controller,” he points out.

Although he could just returned to Malaysia and brush the whole thing off as just a bad dream, Pua felt the need to to stay the course as they had employees whose livelihood they were responsible for.

“I told the media the real story, and FTC did not respond. If I had lied, they would surely have sued us,” he says, adding that they finally settled out of court in 2006 at the request of the courts (after Phison had won the case twice and FTC continued to appeal against the decision).

After that incident, the company started to grow from strength to strength, and Pua made it a practice to patent what the company designed. Phison spent about US$66,000 a month on patents from 2008 onwards, and has increased the figure to about US$100,000 a month since early this year. 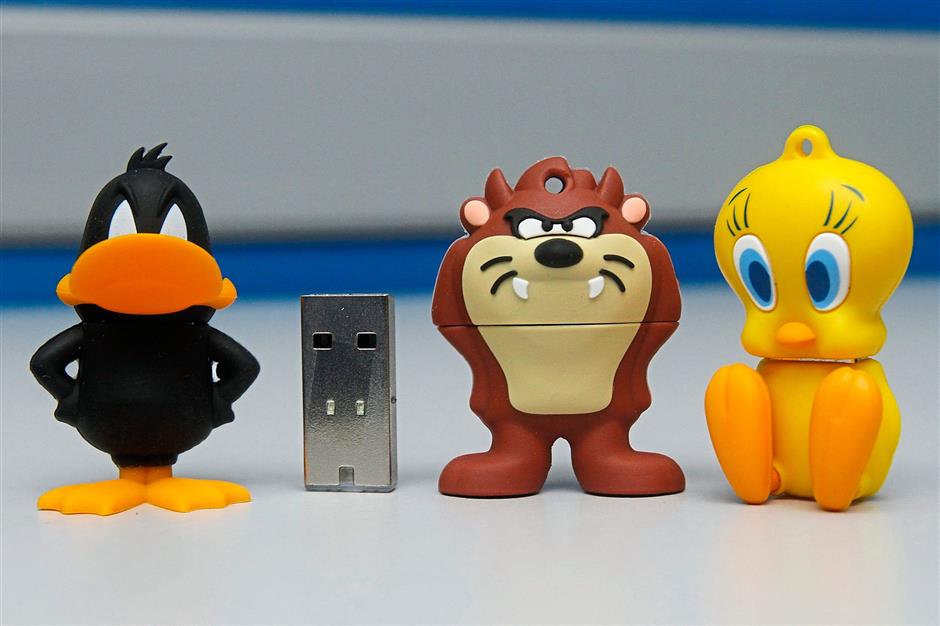 
From then on, whenever anyone tried to sue him, his answer was short and sweet: “Sure, go get your lawyers and we will see you in court.”

According to Pua, he was able to weather all the challenges because he had on his side – not fair-weather friends but – shareholders, suppliers and clients who had faith in what the company was doing.

“Sometimes, we meet our clients’ needs even when we lose money on the deal because they are the people who will be around not just to give us better deals in the future, but also when times are bad,” he says.

With a staff of 1,100 in a 40,000-sqm R&D centre in Jhunan, Miaoli, Taiwan and R&D offices in Penang (Malaysia), Hefei (China), Silicon Valley (US) and a logistics office in Tokyo (Japan), Phison has an export market that covers the US, Europe, Japan and China.

Concluding the interview, Pua says the company remains humble and focused, with a strong leadership guiding it.

The partners – now president, chief technology officer (CTO) and directors at Phison – have remained with the company through thick and thin.

“The five of us have something in common: we are not addicted to money,” stresses Pua.

“We have cars and houses, but nothing fancy. In fact, one of my partner continue to rent an apartment and takes the taxi to work. We are proud that our employees live in bigger houses than we do,” he says.