Singlehandedly changing the perception of newsstand, Dang got involved the newsstand-and-convenience store business by accident but he persevered.

Beginning with a single newsstand in 1Utama, Dang Tai Luk tells NEVASH NAIR how he went on to build the retail empire that is myNEWS.com

Walk into any mall in Malaysia, and chances are you will stumble upon a myNEWS.com outlet. This modern-day newsstand is a far cry from the small and dusty outlets in neighbourhoods that we are so used to seeing.

Dang got involved in the press-and-convenience store business sort of by accident, but he persevered and has single-handedly changed the perception of news stands.

“The decision to open a news stand was mainly driven by the fact that the lot was designated for a news stand and tit-bits store and the limitation of my budget,” he remembers.

“During my younger days I was like a calf that did not know the dangers in the wilderness. I would take up a challenge that was there without worrying too much about failure. I was motivated to take on the challenge and really wanted to achieve something,” he adds.

At the time, Dang was working outstation and making regular trips back to Bandar Utama, Petaling Jaya, with his wife, Ling Chao, to visit his siblings and parents. That was when he came across a small lot at the basement of 1Utama Shopping Complex that was left empty even after the mall had fully opened for business. 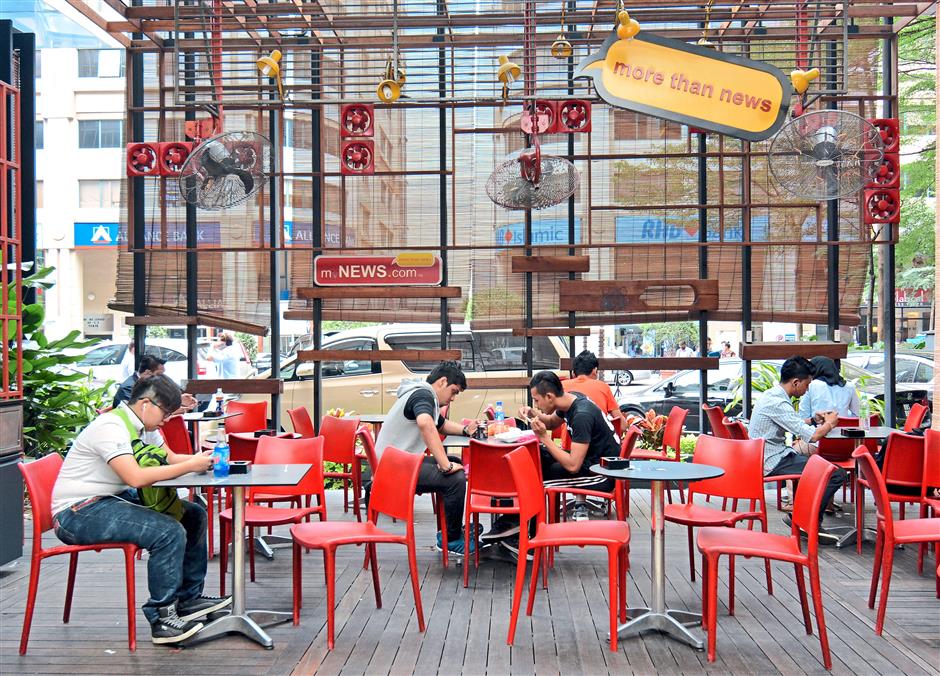 The modern-day news stand is a far cry from small and dusty outlets in neighbourhoods that we are so used to seeing.

“I left a standing instruction with the mall management that if the lot was available, I would want to take it up. One morning, I was informed that the lot that I was interested in was available but I was given only 24 hours to confirm my decision. I believe the mall management had other retailers in line who were interested in the taking up the space.

“I went home from work for lunch that day so that I could discuss the offer with my wife who was at home. She has always been amazingly supportive and agreed to take it up, and we took the plunge.

“I submitted my resignation letter a couple of days later. The process of moving back to Petaling Jaya began a couple of weeks after that,” recalls Dang.

The first outlet opened on Dec 25, 1996 and a second outlet was quickly added soon after at Jejantas Sungai Buloh. Initially calling the outlet MagBit, Dang decided to change the name when an opportunity to put up a news stand came up in Mid Valley Megamall.

“We decided to use a different name with the intention of incorporating an online business as well, and the name myNEWS.com was born. Today, we are one of the largest, home-grown press-and-convenience store chain in Malaysia,” says Dang. 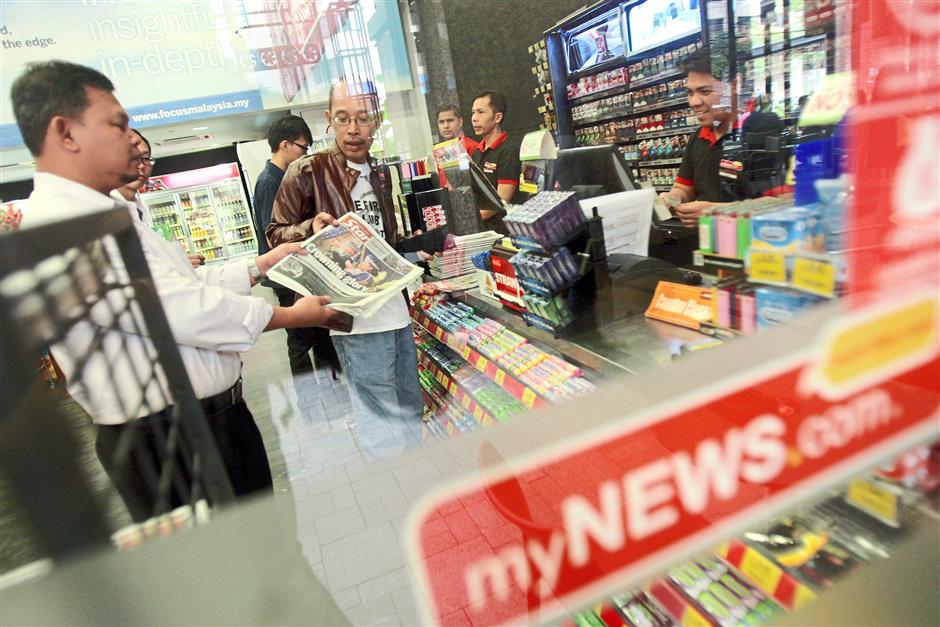 myNEWS.com’s growth has been nothing short of phenomenal since its first outlet in 1996.

With his wife supporting him in the background, Dang also enlisted the help of his brother, Tai Wen, to help him build the brand.

(Tai) Wen – who graduated as an architect from Canada – came up with the concept of the open and inviting look that is the hallmark of all myNEWS.com outlets today.

“As the number of outlets increases, I could foresee the requirement of using computer systems to drive the business. While Wen continues to improve the outlet design to create the best newsstand in the region, I started to write software applications for use in the business.

“No newsstand business of that small size could afford to purchase any sophisticated third party systems, so I wrote my own. With my background in information technology, the use of computer systems has always been a priority, and we continued to upgrade. Eventually, when we reached a certain size, we outsourced the work to IT specialists,” says Dang.

Completely self-funded, myNEWS.com was financed by an overdraft account linked back to Dang’s home mortgage. From there, it was just continuous growth. In June 2012, the company acquired a 100,000 sq ft industrial building in Rawang to facilitate the group’s warehouse and central distribution centre.

That same year, they entered into an equal joint venture with WH Smith Plc, a leading news and books retailer in United Kingdom, to set up the first WH Smith store in South-East Asia at the KLIA.

As of today, the joint venture entity, WH Smith Malaysia, operates seven WHSmith stores in Malaysian airports and there are more than 200 myNEWS.com outlet across the country. 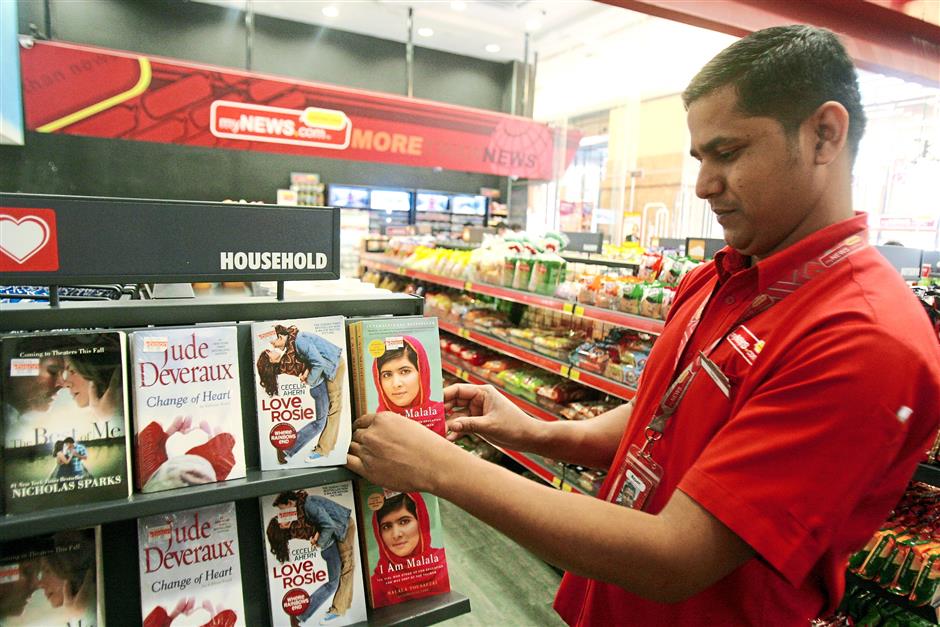 Having built a strong base for in the press and convenience retailing business, myNEWS.com is looking to provide consumers with a wide selection of high quality convenience products, print media, food, beverages, snacks and services at easily accessible locations.

Despite having become a frontrunner in the industry, Dang is quick to admit that journey to the top is paved with hardship and challenges.

“Some of the suppliers were difficult to deal with, especially when I was just a small store owner. The suppliers were unprofessional and the process of supply were unconventional. Coming from a professional background, I found it puzzling as to how certain practices could be tolerated for so long in the industry.

“I knew that more could be done to improve the situation and started to do whatever I could to initiate change.

“As we grow, we constantly faced the shortage of staff, especially the store assistants. The labour shortage has even prevented our growth at one point in time. Being in the lower end of the retail line, we always find hiring labour very challenging,” says Dang.

Having built a strong base for in the press-and-convenience retailing business, Dang is looking to provide consumers with a wide selection of high-quality convenience products, print media, food, beverages, snacks and services at easily accessible locations. As myNEWS.com is a home-grown Malaysian brand, Dang says it is only right that they keep expanding as much as they could but he is cautious about the Goods and Sales Tax (GST).

“It is mathematics that consumer spending power would affected by the percentage of GST imposed. Consumers will be more selective in purchases and the overall volume of sales in the consumer sector will reduce.

“Comparatively, I think established businesses like ours would be affected more if you compare within the same industry.

“I am not sure how effective the enforcement will be, but I would not be surprised to see smaller outfits not in full compliance when they do not charge GST on some of the local products that are homemade or produced by backyard industries.

Therefore, customers will find some products at some places to be cheaper,” says Dang.

A simple lad born and bred in a New Village, in Ayer Tawar, Perak, Dang has built an empire despite coming from humble beginnings. His parents were rubber tappers but placed priority on education for his nine siblings.

“My academic background and experience, as well as my active involvement in information technology at multinational companies, equipped me well to launch the rapid development of the press-and-convenience store business,” says Dang simply.