The MBPJ Hockey Stadium was declared unfit by MHC since 2006.

A long awaited upgrade to the Petaling Jaya Hockey Stadium is now under way and is scheduled to be reopened to the public early next year.

“We are actually ahead of schedule and works will be completed by the year end as planned,” said the Petaling Jaya City Council (MBPJ) engineering department director Ismail Shafie.

Being one of only two hockey stadiums in the state, the venue lost all its glory since 2006, when it was declared unfit for use by the Malaysian Hockey Confederation (MHC).

A debate over the status of the stadium being turned into a sports complex have been ongoing but early this year the state’s Youth, Sports, Cultural and Entrepreneur Development committee chairman Amirudin Shari made a decision that the hockey stadium should stay.

“This stadium has not been upgraded since it was opened in 1994 and the turf has been unfit for use since 2006,” he said.

Now, the stadium will not only get a brand new turf, but also a new coat of paint, 706 new seats and the installation of new mechanical pumps at the turf to help channel rainwater out.

A visit to the stadium showed that the international hockey stadium sized turf had been tarred while the building was being painted. 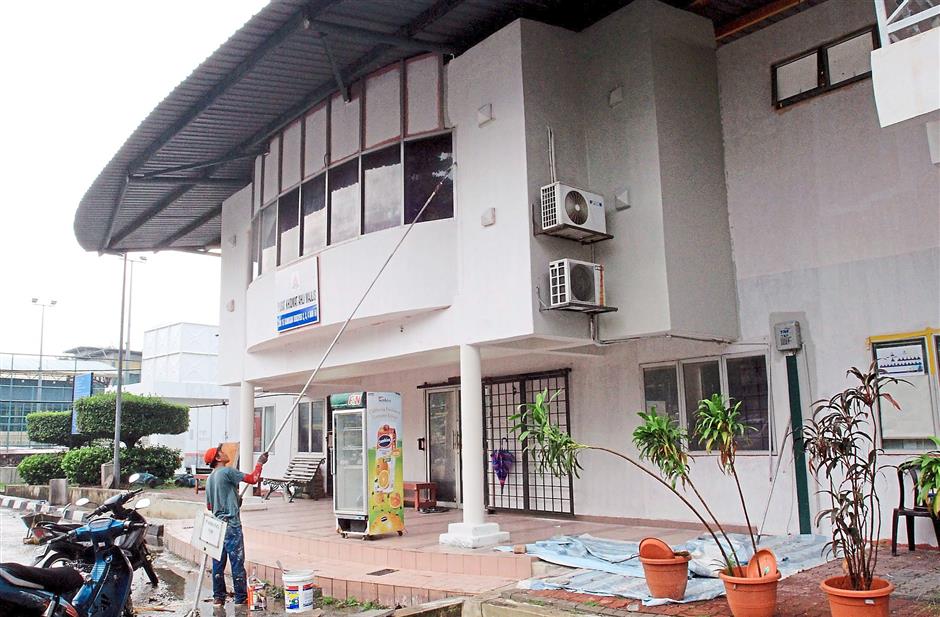 A worker applying a fresh coat of paint to the stadium’s exterior walls.

The old seats at the stands had been removed to make way for the new ones.

“We will only get the artificial grass turf in November, so it will only be fitted in then,” he said.

Ismail added that all the upgrading works were also monitored by the MHC to ensure it was at par with international standards.

“There have been requests and appeals for this stadium to be upgraded since 2006 and we are glad work has finally started and is going as planned,” he said. 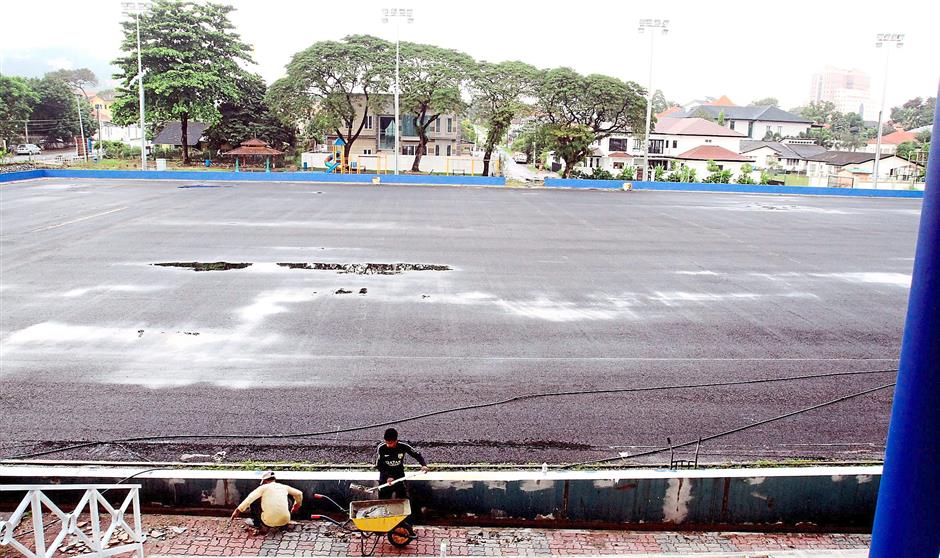 The stadium’s newly tarred area where the artificial grass turf will be placed.

Also there to monitor the upgrading progress was Bukit Gasing assemblyman R. Rajiv who was glad that the hockey stadium was finally getting an upgrade.

“I’m very happy MBPJ agreed to allocate a huge sum of money for the upgrading works which have been long awaited by hockey enthusiasts out there,” he said.

A total of RM2.9mil was allocated for the upgrading works, where half the cost is bourne by the Selangor government.

Rajiv hopes future users of the stadium would care for it and use it responsibly.

MBPJ is still studying the right fee to charge for the stadium’s rental and would finalise it before it is reopened next year.

“We will see what figure is acceptable and appropriate. Last time we charged a fee of RM400 per game,” said MBPJ’s social development department head Aznan Hassan.