A Red hope: Sturridge should be the one to watch for Liverpool.

CRIES for Brendan Rodgers to be sacked are becoming as loud as they can get.

In addition to the usual booing, hashtags and even crowd-funding to get him out, the fans are so desperate to see the last of the Liverpool manager that they are hoping for the Reds to lose.

Rodgers did not do himself any favours this week when Liverpool only managed a draw with lowly Swiss outfit FC Sion.

Given that lacklustre performance, it really does seem like the lads are echoing the sentiments of fans where the manager is concerned.

The last real good thing that Rodgers did, or which actually happened to him, was Luis Suarez. Two seasons ago.

It was that second-place finish that has bought him this much time.

He set four objectives last season but did not even meet one, making him a top contender for the first manager to be sacked in the EPL this season. 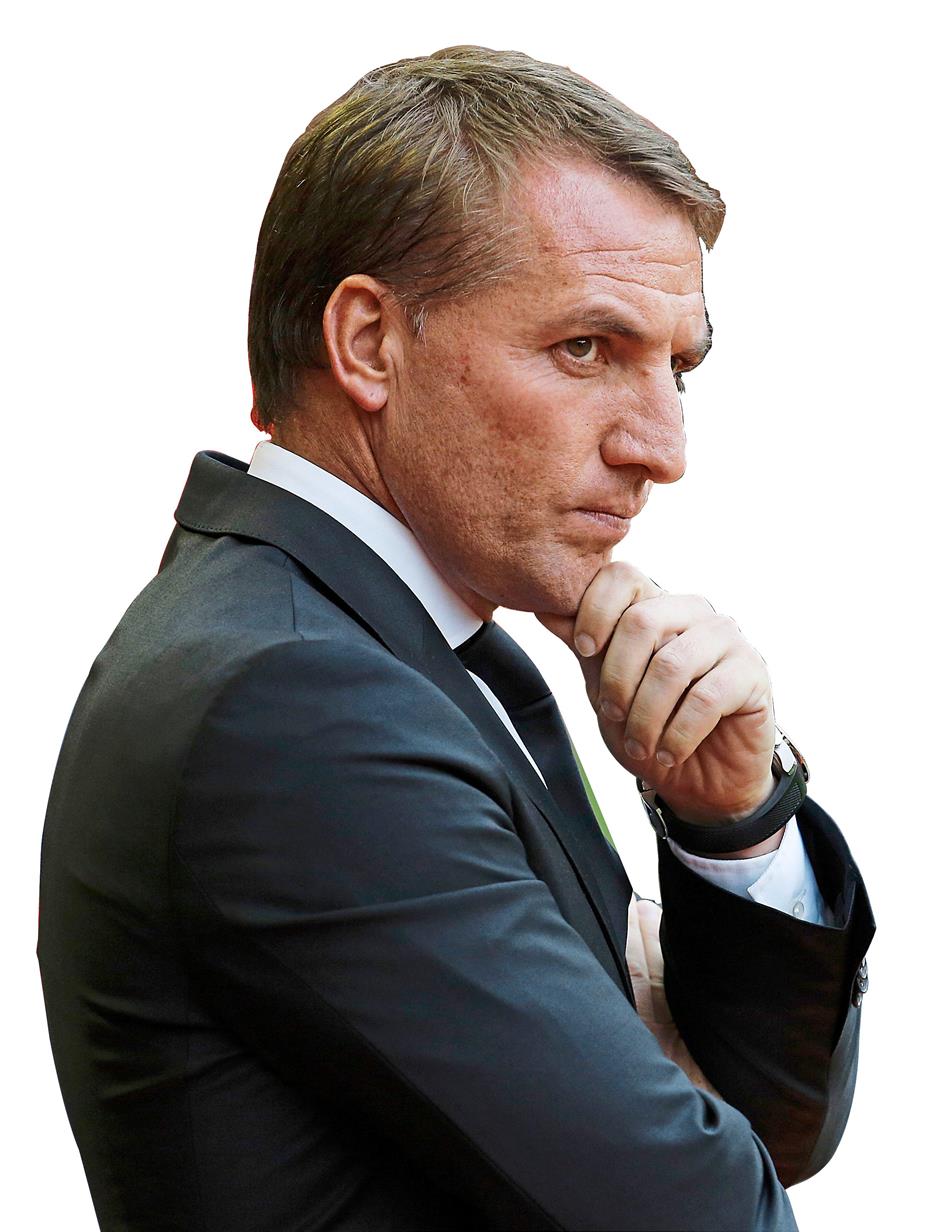 Pressure: The fans want Rodgers out of Anfield.

Here we are at one of the most important matches for the season – the Merseyside derby – but to the fans, it is just another opportunity to scream even louder for his exit.

Everton are unbeaten in their last six matches across the board and are at fifth place on the table.

Well-rested throughout the week and playing at home against a troubled Liverpool definitely gives them the edge to take all three points.

Liverpool are not just struggling with getting their act together, but have also had a few unfortunate injuries – the latest affecting skipper Jordan Henderson and striker Christian Benteke.

The only hope seems to be Daniel Sturridge at this point.

All the other teams are fighting tooth and nail for the best positions possible on the table.

This can be seen in the congested top half of the table.While Liverpool are ninth place, Manchester United are at the top with just an additional five points.

With defending champions Chelsea stumbling in their fixtures and Manchester City being hit by injuries, teams such as West Ham, Crystal Palace and Leicester are all milking it with impressive wins.

This could have been the perfect chance for Liverpool to buck up as well but alas, focus is on the frustrations of having to deal with an under-pressure Rodgers.

If his sacking does not come soon, Liverpool can kiss goodbye to even the slightest chance of qualifying for the Europa League.

That being said, it is not easy to simply hope for them to lose because that certainly would not help in any way to save face.

The owners need to step in and make that call to send Rodgers packing.

The fans are also getting excited about the prospect of having the impressive German coach Jurgen Klopp replace Rodgers, more so after it was recently reported that he rejected the chance to manage the Mexican national team.

It may seem far-fetched to hope for such a manager given Liverpool’s mediocrity right now but one cannot blame the fans for demanding someone worthy after the atrocious performance of Rodgers.

The other big match of the weekend is right after the Merseyside derby.

It promises to be action packed at the Emirates where Arsenal take on Man Utd, who are on cloud nine at the top of the table.

This fixture is a tricky one to predict.

Arsenal have an extra day of rest and coming from a mid-week loss at home, might just bounce back to winning ways.

The loss to Olympiakos could just be a minor setback and the Gunners still have their away win over London rivals Tottenham and the 5-2 win over Leicester last weekend to keep their motivation up.

However, their main problem lies within their defence, making it seem easy for Man Utd to exploit, especially after the recent impressive displays by striker Anthony Martial and Juan Mata in the middle of the park.

The Red Devils are on a high after a row of wins and although Mata admitted that his team was tired after the mid-week fixture, it is known that when Man Utd are on a roll, they can be quite unstoppable.

From an objective point of view, Man Utd should have it in them to take home three points from the Emirates but there’s no fun in being objective.

Just like there’s no fun in letting Louis van Gaal’s side remain at the top of the table for another week.

So, here’s my ideal sequence of events this weekend.

West Ham will easily walk all over struggling Sunderland to equal United’s 16 points.

Kicking off at the same time at the Etihad will be the Man City-Newcastle match, where the Citizens will take three points and knock the Devils off their top-of-the-table perch.

What better way to make the battle for the top spot more interesting?

On Super Sunday, Sturridge will lead Liverpool to a much-needed derby victory and later the Gunners will send Man Utd home empty-handed.

The icing on the cake would be to wake up on Monday morning and hear that Klopp has replaced Rodgers at Anfield.

That is certainly not too much to wish for – or is it?