Can sleek City continue to roll?

Master midfielder: Silva could be City’s key player in today’s clash at the Etihad – and it would surprise no one.

MANCHESTER City were handed another “tough draw” in the Champions League group stages on Thursday night. When Watford visit the Etihad Stadium for an English Premier League game today, they will find out first-hand just what this team is made up of and perhaps be able to give some indication as to how far they might be able to go in Europe’s leading cup competition this season.

City got off to a brilliant start in this campaign, winning three-in-a-row and keeping clean sheets in all.

Their loyal supporters will be hoping for a fourth such result and many neutrals believe that is exactly what they will get.

However, Watford boss Quique Sanchez Flores is not fazed by all the fuss, nor the prospect of visiting Manuel Pellegrini’s in-form operators, and he has good reason for this optimism.

Watford are unbeaten so far this term. The newly promoted side have started their campaign with three draws and will obviously be keen on building on that today.

In the lead-up to today’s encounter, Flores said they would be out to remain “confident and try to keep the style” that they had employed so effectively thus far.

But against a City outfit that has come out in search of a third Premier League title in five years with all guns blazing, this appears – to some – to be a case of trying to put on a brave face by Flores. 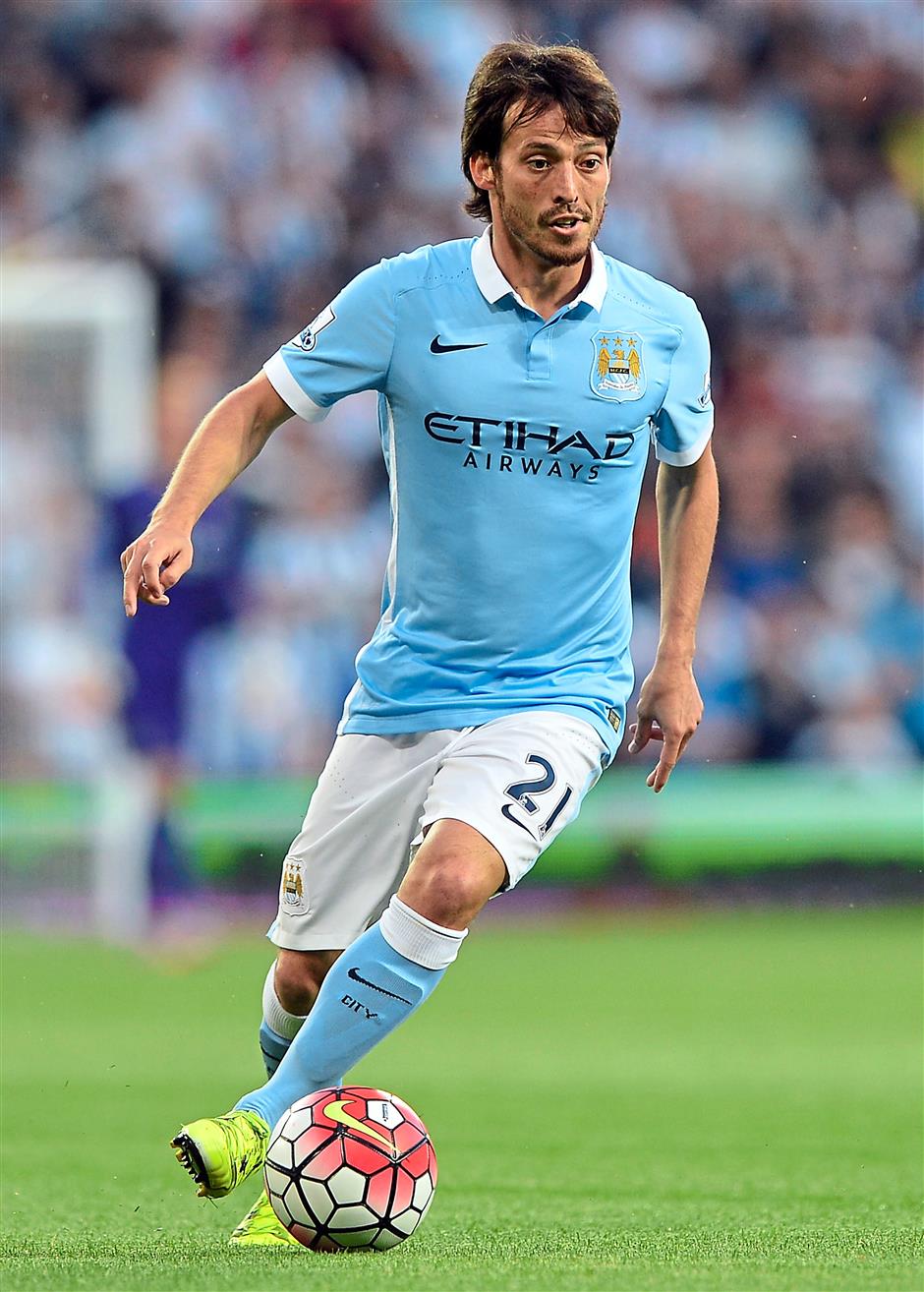 Master midfielder: Silva could be City’s key player in today’s clash at the Etihad – and it would surprise no one.


The Citizens might have won their first three matches with convincing margins, and deservedly so, but for the purists it has been the manner in which they have achieved the results.

City’s fluidity going forward has been nothing shy of awesome and delicious to watch.

To their credit, they have defended wholesomely better than they did last term. In short, they look difficult to break down at the back, and that is always a sign of a decent team.

If there were a couple of players one would have to name-drop for exceptional form in this side, then it would almost certainly be the Spanish midfield wizard David Silva and his prolific Argentine centre-forward Sergio Aguero.

These two mega stars are as sleek as they come when in attack mode. They play beautiful football when probing and penetrating the opposition’s backline.

That, coupled with the speed and diversions that new recruit Raheem Sterling and right-wing Jesus Navas have and create, ensures City remain a pleasure to watch – if you like, or love, football – no matter which club might enjoy your allegiance.

Goalkeepers have proved rather noteworthy in the early stages of the new season. City’s England international Joe Hart is among the best of them.

Another solid performance from him and his back-four, where skipper Vincent Kompany has regained some of his steeliness and is cultivating a formidable partnership with Mangala in central defence, and the Citizens could be forgiven for thinking about a fourth straight victory to the start of this campaign.

Suffice to say, they hope to do well in the Champions League as well, where they will meet Juventus, Sevilla and Borussia Monchengladbach in Group D.

In both cases the home team should win, although one suspects that the White Hart Lane clash could be a lot closer.

Unbeaten Liverpool have shown good form of their own and were unlucky not to have won at Arsenal on Monday when they put on a showing of real great character.

In the Champions League, Manchester United were drawn alongside PSV Eindhoven, CSKA Moscow and Wolfsburg in Group B. They were assured of being in the mix after Wayne Rooney led them through the qualifiers.

His hat-trick in midweek will now also be used to spur them on when they make the trip to Swansea tomorrow.

This game may seem a lot easier than what awaits them in Europe but complacency on the part of Louis Van Gaal and his squad could spell disaster for them.

Man United have picked up seven points from their two wins and a draw, but they have been far from convincing.

They have spent lavishly yet again – and are apparently not yet done. But they have not been as consistently good as they would like to be. For their part, Swansea might yet see this as a good chance to burst their bubble.

At the end of the day though, the Devils’ should come through, maybe with a dubious penalty settling the outcome.