Take that: Led by Chin Aun (third from right kicking the ball right) the legends had a great time during the friendly match.

HULU Selangor MP P. Kamalanathan has roped in some of the nation’s sports legends in an effort to encourage sports among his constituents, especially the youths.

Speaking at a Malaysian Football Legends friendly match and coaching clinic he organised at Bukit Sentosa public field in Bukit Beruntung, Kamalanathan said he was glad to see a lot of enthusiastic parents and schoolchildren supporting the event.

A total of 189 pupils aged eight to 12 from 14 primary schools attended the two-hour clinic. 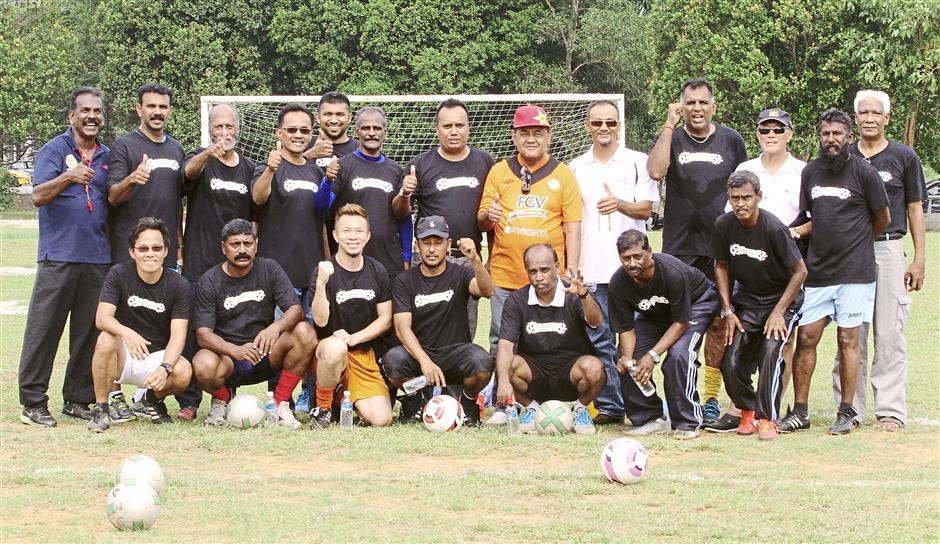 Glad to help: The football legends giving the thumbs-up to the community effort.

Kamalanathan, who is also Deputy Education Minister, pointed out that the people of Hulu Selangor have only heard of these legendary footballers and had not met them or only seen them on television.

“We brought them here so that football fans here get the chance to talk to them, get football tips and take photos with these great players.

“I hope to organise something similar for sports like sepak takraw, badminton and hockey, and bring former national or state players to hold more coaching clinics. 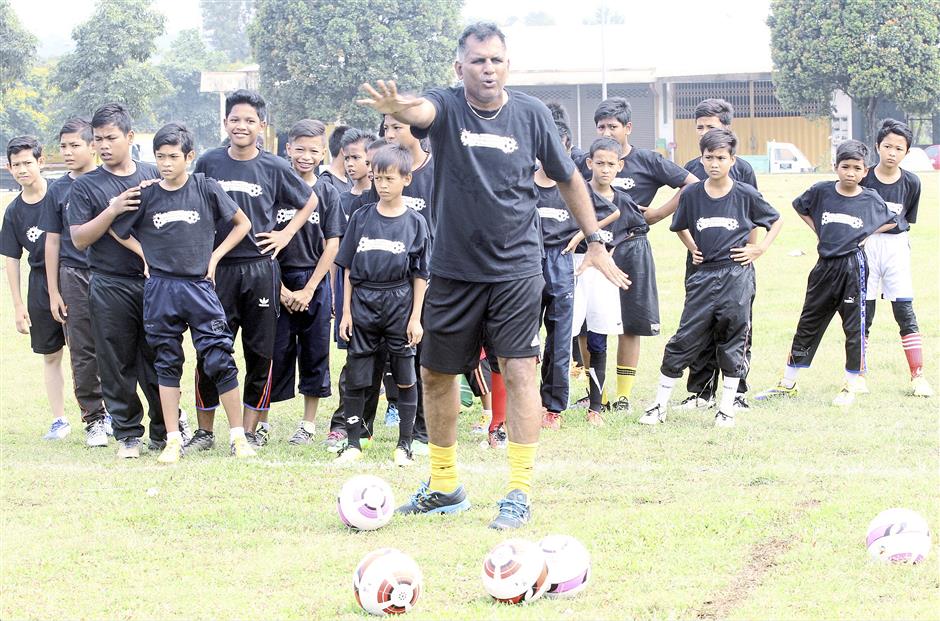 Stop there: Former national defender Gunalan giving instructions to the youngsters during the clinic.

“This will help boost the morale of pupils and hopefully make them strive to be more competitive in the sports that they like. I saw many parents who support the idea and they also got a chance to meet the legends,’’ said Kamalanathan, who together with the Ex-state and Ex-national Footballers’ Association Malaysia helped organised the event. 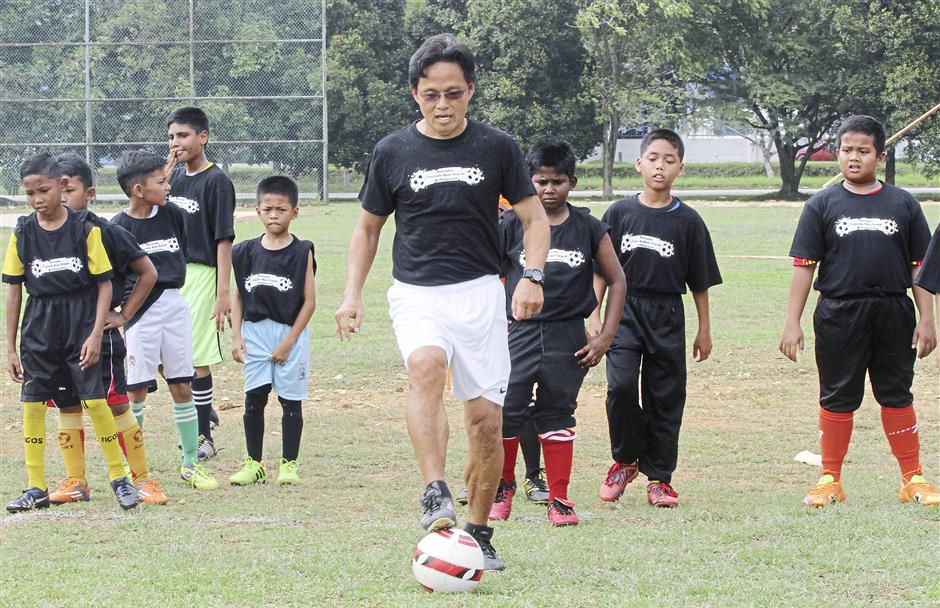 Like this: Former international Hung Meng showing the youngsters how to stop the ball during the coaching clinic.

“These veteran players have a wealth of experience in football to teach the children. I hope that the state and national football association recognise this,’’ he said.

He added that corporate bodies or individuals who would like to host friendly matches or coaching clinics should email their request to thom3777@yahoo.com or call 012-206 8260.