Gymnaestrada the new sport in town

Winning performance: The show fire girls from Rhythmic Belle Dance Academy outshone the rest of to emerge winners in the group competition.

YOUTHS are encouraged to take up the sport of gymnaestrada that will eventually unearth new talents in gymnastics and even other sports, says national team coach Nataliya Sinkova.

The Ukrainian, who has been coaching the national team for the past 20 years, feels that the sport, which developed 15 years ago, has great potential if it is introduced to the public and not only to gymnastic coaches and trainees.

She explained that gymnaestrada is a fusion of gymnastics poses and dance moves. 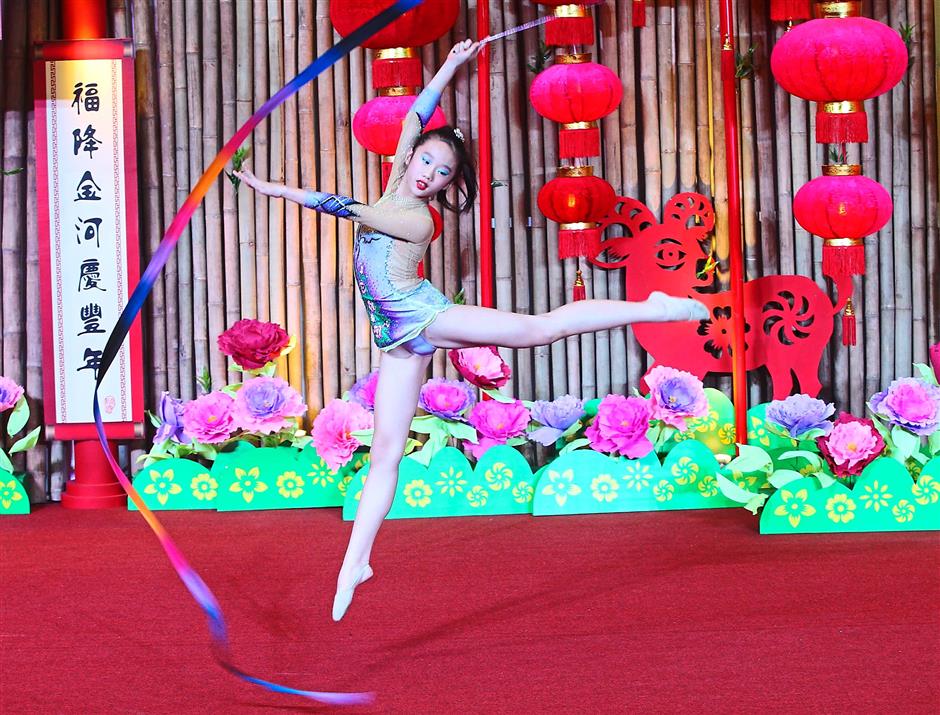 Full of grace: A young gymanast in the Under-11 solo competition using ribbons as her apparatus during her performance in the gymnaestrada competition held at Sungei Wang Plaza last Saturday.

“Its combination makes for a captivating visual experience when the elements of grace, poise and flexibility come together. It is non-competitive and very entertainment- oriented.

“With the members bringing their individual skill and temperament to the table, influencing the performance in their own way, the net outcome is strong chemistry and stage presence visible even during practice.

“Youngsters who like dancing will easily like this sport as there is so much of rhythm and dance moves combined with gymnastics.

“Youngsters who take up this sport can do it for flexibility and stretching exercises,’’ she said. 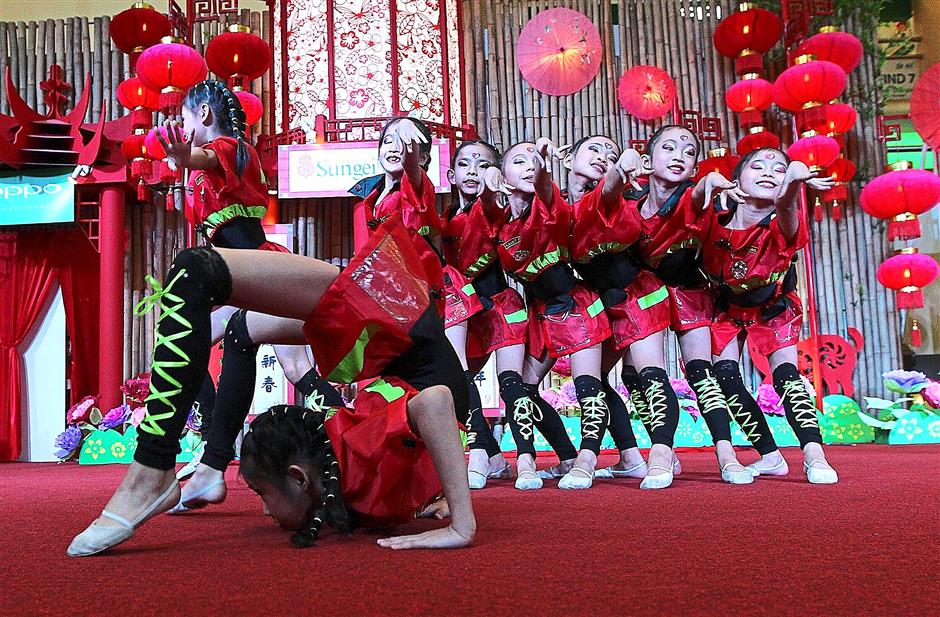 Acrobatic: The Rhythmic Belle Dance Academy girls in action. As winners, they bagged RM3,000 cash and trophies. They also won in the best showmanship category.

Nataliya, who has more than 30 years experienc in this field, explained that in Ukraine, boys and girls aged from four to five years take up gymnaestrada at an early age.

“After mastering the sport for about two or three years they then join other sports like badminton, football and netball — which ever sport they have a keen interest in. This makes them a more complete athlete when they take up the sport of their choice.

“I am also proud of my former student Elise Chan Sau Wah, who is also a gymnastics coach, and who is promoting this sport to many youths with even organising competitions,’’ said Nataliya, who was the head judge during the gymnaestrada competition held at Sungei Wang Plaza last Saturday. Deserving winners: (From left) Tiffany, Zhi Han and Samantha with their trophies in the Under-11 solo event.

Participants were judged based on creativity, showmanship, synchronization, execution, technique and elements. Usage of apparatus such as ribbons, clubs and hoop added to the points given by the judges.

In the group competition, Rhythmic Belle Dance Academy outshone the rest of the groups to emerge the winner. They bagged RM3,000 cash and trophies and also won the best showmanship.

Sungei Wang Plaza marketing communications assistant manager Joanne Lee said the objective of the competition was to encourage young talent to showcase their skill and talent to the public.

“It was a very entertaining competition as shoppers stood by to watch these skilful youngsters on stage performing their routines with good music, rhythm and skills they had learned from gymnastics over the years,’’ said Lee, who added that more than RM7,000 worth of cash and vouchers were won during the event.