Bring back the glory years

I am extremely happy and proud to write my first ever article in The Star, especially about something close to my heart – sports.

I see a lot of potential in schoolchildren all the time since becoming a teacher in 1986. I make sure I am always guiding them either in football, badminton, athletics or kabaddi for the last 28 years in various levels of competition. There are many teachers like me who are passionate about sport throughout the country. I am sure readers know, or at least have read about teachers who go out of their way in guiding students under their care in various sports and games.

Sports enthusiasts in the Klang Valley would surely remember the names of teachers who made their school proud and famous. Victoria Institution was famous for cricket, rugby and football, St John’s Institution for football, SMK Melawati for athletics, SMK Kepong for badminton, and the list goes on. The question is — how did that happen? Perhaps another follow–up question will be — Are the schools still maintaining their prowess in their sports?

Let’s discuss the first question. A particular school can only produce talented young sportsmen and sportswomen only if there is a good set-up in that school. Specifically, a passionate and motivated teacher would definitely be there to initiate and implement effective programmes for that sport. Of course, other factors such as good administrators, good infrastructure, good support from parents and students together with enough funding play a significant role.

However, I strongly believe the will of a motivated teacher plays a pivotal role in the school’s success. We have witnessed that some schools with good infrastructure in sports such as Integrated Schools (Sekolah Berasrama Penuh Integrasi) and technical schools never really shine in sports or games.

We also have seen schools without proper infrastructure and enough funding, excel in sports. Why is it so? The most probable answer would be – the teacher in that school.

The majority of us have known a particular teacher doing ‘crazy’ things to be able to bring up his or her school team.

The ‘crazy’ things include seven-day training sessions in a week, funding from his or her own pocket and innovating new strategies to overcome shortages in infrastructure of his or her school.

Only with this kind of teachers can the schools do well and move on to greater heights. That is my belief.

Personally, I know some of them. Cikgu Phang from SMK Taman Melawati has been coaching and guiding his students in athletics for the past 15 years at least. His continued efforts has brought many talented athletes who had represented the district and state teams. The funny thing is he never gets tired! I know he gets a lot of stick from the administrators but he prevails by producing good athletes.

Cikgu Ahmad from SMK Seri Garing, Rawang, does the same for his athletics team. Cikgu Anbha from SMK Taman Selayang did a herculean task in building an excellent kabaddi team. He single-handedly initiated this new game (in Gombak district schools at least) without even a proper kabaddi court/field. He produced excellent players who went on to represent at district, state and national levels.

No one can deny the efforts and support by other quarters in producing talented school going kids in sports.

For instance, my good and respected friend, Jivananthan Nair Manoharan, a private coach, who initiated badminton development programmes in the Gombak district under his team banner, Arena. Almost all the district players were his students in early 2000. His skilful players were and are always medal winners at national-level junior tournaments. Amazingly he progressed along with his students to be an international coach himself. However, this hardly happens at school level sports. It is always the ‘crazy’ teachers who are the movers of sports in schools and schools are the source of the fundamental pool of talents that will one day do our nation proud.

Having lamented about the significant role of sports-minded teachers in producing young talents, the question that beckons is — can they sustain? Do the schools that were benchmarks of sports maintain their prowess? The majority don’t.

One main reason is the frustration which builds up in those teachers. Frustration and disappointments are common in schools, especially to those sports teachers. Administrators and other teachers sometimes show their frustration towards these teachers for two reasons – for not being in school for long periods and envy seeing these teachers getting accolades.

Things usually turn out to be unfavourable in terms of relationships with administrators and other teachers which will directly affect the sports teachers in terms of promotion and remuneration.

Knowing that schools are the grassroots of sports, all relevant parties — the authorities, school administrators, teachers in general, parents, students and the private sector need to join hands to improve the current situation in schools throughout the country.

There are many ways to do this, by creating proper infrastructure for sports, by appointing at least a full-time sports-specific coach in each school, encourage parents and students to get involved actively by assuring them a good future, recognise and reward the coaches, students and parents who contribute in uplifting the standard of sports and monitor all schools and maintain the schools which excel in sports.

Note that initiatives need to start in schools and main efforts should be in schools and not when they are in back-up or national teams! May the new year bring more wisdom to all Malaysians. Happy New Year.

> Jeyaseelan Anthony is a school teacher in Rawang who is passionate about sports and determined to start the ball rolling in improving sports at grassroots in schools. 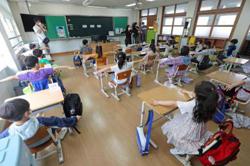