THE contributions of former state athletes will not be forgotten by the Selangor government.

Since 2020, it has given RM789,560 worth of aid to 200 recipients, said state human capital development, sports and youth generation development committee chairman Mohd Khairuddin Othman.

He cited former Selangor cyclist Mutalib Mydin, 57, who was given 0.40ha of land in Kampung Bahagia in Bukit Lagong, Sungai Buloh.

The 1989 SEA Games silver medalist who survived a stroke, he said, has been living in a house in the village for 40 years.

“Some athletes have done well after their sports career came to an end. However, many others are in the B40 group.

“We will help them either monetarily or by fulfilling whatever pressing needs they may have,” said Mohd Khairuddin at the launch of Ceria Atlet Selangor 2023 programme next to Mutalib’s house.

The programme helps former Selangor athletes repair their homes and provides them with necessities such as mattresses and beds.

“We also located a former swimmer who was busking in front of a shopping centre in Kuala Lumpur.

“We helped make arrangements so she could travel from her home to the site,” he said.

Another former athlete found living in a deplorable condition in Chow Kit, he said, was given zakat aid and had moved to a more conducive environment,

Mohd Khairuddin added that some of the state athletes had even represented the country at the Olympics.

“We need to help them, especially those who are over 60,” he said estimating about 700 former athletes needing help and that 200 have been located and provided with aid.

“We will try our best to identify the rest in the coming months,” he said.

Mohd Khairuddin added that the state also wanted to give priority to former athletes who are interested in setting up a food truck business.

On a different matter Mohd Khairuddin said the state also wanted to provide skills training to orphans who have to leave their shelter homes once they become adults.

“We hope to get them enrolled in Selangor Technical Skills Development Centre (STDC),” he said. 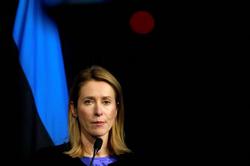 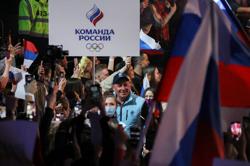