A SPECTACLE of colours, dances, and cultural performances is a recipe for large crowds, especially during Chinese New Year in George Town.

Penang Chief Minister Chow Kon Yeow’s Chinese New Year open house was all that and more as loud cheers could be heard during the colourful and bold performances.

Driving instructor Wong Yung Kong, 46, said his parents were insistent that he attend the open house.

“I live in Selangor with my family and am here to celebrate Chinese New Year with my parents, who always say this event is the highlight. They come here every year.

“This is my second time and the last one I attended was before the Covid-19 pandemic,” he said at the event held in Setia SPICE Arena in Bayan Lepas.

Wong, who was accompanied by his wife and two children, said he looked forward to the performances.

“They have multi-cultural performances which is wonderful to watch. It is good to experience a big event like this and nice to see people come together,” he said. Nadia says it is the first time since the pandemic that she has attended an event of this scale.

Civil servant R. Sivachandran, 40, who was seen enjoying the performances with his two sons, S. Logeswaran, eight, and six-year-old S. Thuvaneswaran, said it was important to expose children to different cultures and events.

“This is our first time here and we are enjoying the whole atmosphere and entertainment.

“I brought my family because I knew there would be multi-cultural performances.

“We enjoyed the food as well.

“We must teach them from young and what better way to do it than through events like these,” he said.

Nadia Habib Mohamed, 36, who was dressed to the nines in bright red attire, said attending the open house was a last-minute decision.

“I rarely attend open houses but I saw the banner and decided to come over. 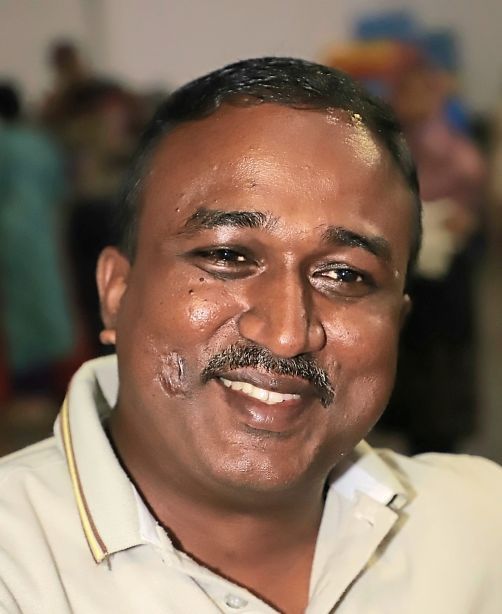 Sivachandran says it is important to expose children to different cultures and events.

“My sister and I had a lovely time watching the performances. It is a good way to learn about the Chinese culture and their traditional attire too.

“This is the first time since the Covid-19 pandemic that I am attending an event of this scale; it is good to be out,” she said.

Also present at the event that saw more than a 10,000 crowd were the Prime Minister’s wife Datuk Seri Wan Azizah Wan Ismail, Penang Yang di-Pertua Negri Tun Ahmad Fuzi Abdul Razak, his wife Toh Puan Khadijah Mohd Nor as well as state leaders and politicians from both sides of the divide.

A variety of local and international dishes made up the buffet spread.

In wishing everyone a great new year before sharing the need for corruption to be eliminated in the country, Anwar said Malaysia has the potential to achieve greater heights and be a developed country on condition that it rejects corruption.

“I am confident in the country’s abilities to develop and become one of the best in the region, but there is a need to stop corruption on many levels.”

He also said that Malaysians needed to be brave enough to reject discrimination, racism and corruption.

“I believe if we succeed in this, we will achieve what we have never before.

In his speech, Chow said Anwar, who has extensive background and experience in politics, had opened a new chapter in the formation of a unity government in Malaysia.

“The leadership of the state government will continue to support the new vision and policy formulated by the Prime Minister to create a new chapter for the country and the state.

‘’With the background and experience he has, we believe his leadership is capable of creating magic for the country,’’ he added.