THERE are plans to build a new childcare centre in Jementah, Segamat this year to cater to an increasing demand for early childhood education.

“We are in the final phase of proposing this to the Johor government as more childcare centres are being planned in the state.

“If approved, it will be the fifth Jauhar Kids Centre after Pontian, Iskandar Puteri, Batu Pahat, and Muar,” she said when contacted.

Khairin-Nisa added that the project was expected to be developed at an estimated cost of RM500,000.

There are currently 25 carers and 98 children at the Jauhar Kids centres.

“The programme is aimed at creating a loving and caring community that will act on child abuse cases.

“There have been a lot of news reports on child abuse, so we hope by introducing this programme, we can create an early support system among the public,” said Khairin-Nisa.

She said the programme would be modelled after the Lindungi Permata Johor module introduced in 2021.

“The module is created to protect children from all forms of exploitation, discrimination and abuse to ensure their healthy development in line with the National Child Policy.

“The programme will involve the public and community leaders together with YPKDT and Welfare Department officers where sharing sessions on child safety will be carried out.

“We want those involved to be aware of their surroundings especially where there are children to help them live in a safe and secure environment,” she added.

Khairin-Nisa also shared that her office would be working with Tourism Johor in providing more facilities and easier access to the disabled and elderly at tourism locations.

“We are aiming to create a friendlier environment so they, too, can enjoy themselves at tourist destinations without having to face obstacles,” she said. 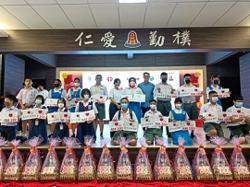 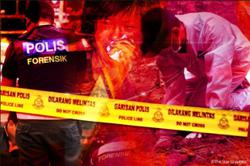