Visitors to the park wade through the seawater during the high-tide phenomenon in November.

VISITORS in search of water adventure are expected to flock to the Tanjung Piai National Park in Pontian when the high-tide phenomena hits later this month.

The phenomenon, which occurs only a few times a year, causes seawater from the Straits of Malacca to rise higher than normal and flood coastal areas, while turning the park’s entrance into a natural water theme park.

Johor National Park Corpora-tion director Taufik Bahar said the phenomenon was expected to happen for the second time this year between Dec 23 and 27.

“The high-tide phenomenon took place from Nov 25 to 27 and we expect it to occur again this month. It usually happens for a few days at the end of the year.

“The National Park always receives many visitors during the high-tide season as it is a unique experience,” he told StarMetro.

The most recent occurrence saw water level going up to 3.3m high and Taufik said it could even go higher this month.

However, he also reminded visitors to be careful while enjoying the “waterworld” and heed advice from the national park’s staff for their own safety.

Among those who were able to witness the phenomena recently was housewife Siti Naiman Zinuddin, 31, who lives in Kampung Perpat Timbul.

“I decided to bring my children to the park to witness the phenomenon since the national park is located close to my house and the event happened to fall on a weekend.

“We come here almost every time the high-tide season happens. My children really enjoy playing in the water,” she said.

Another visitor was Mohd Najib Zainal, 46, who works in Universiti Teknologi Malaysia (UTM).

“The Tanjung Piai National Park is unique for its mangrove forest and the variety of animals that make the forest their home.

“What makes it even more special is that this phenomenon happens only a few times a year. I am glad that I have been one of the lucky ones to experience this wonder,” he said. 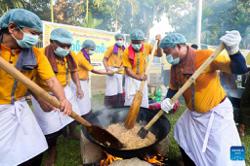 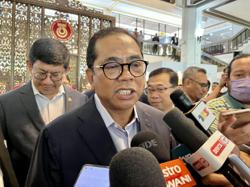