Zahari (left) visiting a booth during the PKPJ programme held at a hotel in Johor Baru.

OVER 9,000 entrepreneurs have benefitted from the Johor Agricultural Entrepreneurship Pioneer (PKPJ) programme for the past 28 years.

State agriculture, agro-based industry and rural development committee chairman Datuk Zahari Sarip said the programme by the Johor Agriculture Department was to help entrepreneurs stand on their own feet.

He added that the PKPJ’s objective was to provide incentives to entrepreneurs in terms of mechanism, automation, workshops, seminars, and branding among others to help their respective agro-based products reach a bigger market.

“For the past 28 years, 9,186 entrepreneurs throughout Johor have received incentives through the PKPJ programme.

“This year, the government, through Johor Agriculture Department, has allocated more than RM1mil to help 107 entrepreneurs under the programme,” he said before presenting the entrepreneurs some incentives in the form of financial allocation.

“We want to see entrepreneurs recording a 10% increase in production within three years under the PKPJ programme.

“They should not be scared to face competition from big and well established companies as their products can stand on their own.

“Due to the Covid-19 pandemic, most companies are facing problems resulting in many countries in Europe and Middle East looking at Malaysia for its produce,” he added.

Zahari also assured entrepreneurs that the state government would strengthen agriculture production in Johor to ensure it would not affect their supply.

He added that Johor was the main producer of agrofood products such as vegetables and fruits, recording production of more than 600,000 tonnes last year.

To further strengthen the state’s position, he said the government would allocate 404ha of land for agriculture purposes.

“The state government will always support farmers and entrepreneurs in the agriculture sector,” he added. 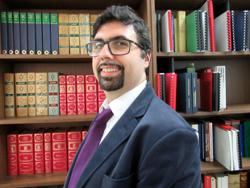 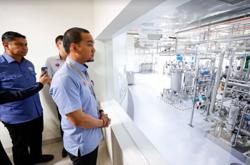