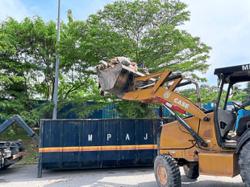 Rubbish and construction waste if left unchecked can pile up at illegal dumpsites in Kajang as seen here. – Filepic

SYNDICATES and low fines imposed on offenders are among reasons for the mushrooming of illegal dumpsites in Kajang.

To make matters worse, the local authority has limited jurisdiction with the power to act on dumpers and not on site operators.

“Many illegal dumpsites are being monitored by gangsters who alert operators when they see enforcement officers approaching.

“The Kajang Municipal Council (MPKj) also faces constraints in terms of manpower at such areas,” he said when replying to a question by Edry Faizal Eddy Yusof’s (PH-Dusun Tua).

“Detail of the landowners are not immediately available or not updated, while some lands are abandoned and attract trespassers.

“This issue requires a joint enforcement exercise by multiple agencies which can take time to mobilise,” he added.

Ng said MPKj was continuously monitoring the situation and that eight lorries were seized in October.

Twelve lorries were seized last year, he said, calling for public cooperation to combat the problem of illegal dumping.

“Local communities should work with their local authorities and report any activities,” he added.

During the full board meeting in July, MPKj president Najmuddin Jemain revealed that the council spent RM210,000 last year to put out fires at illegal dumpsites.

He warned landowners that they would be fined for allowing their land to be turned into illegal dumpsites as well as to pay for restoration works of the sites. 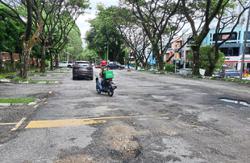 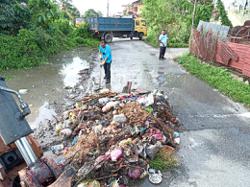