THE type of pumps used at sluice gates in rivers would depend on the pump’s capacity and the amount of water that needs to be drained to prevent overflow and flooding, the state assembly was told.

State infrastructure and public amenities, agriculture modernisation and agro-based industry committee chairman Izham Hashim said there were various types of pumps suitable for use at sluice gates and to pump out water in flooded areas.

“The commonly used ones are submersible pumps.

“Some older systems use centrifugal or rotary pumps.

“Submersible pumps are favoured because they have a large capacity (to pump out water).

“A pump’s capacity is measured based on cumet (cubic metre per second) or cusec (cubic feet per second).

“The pumps used by the Drainage and Irrigation Department (DID) are usually high capacity ones that have to be custom ordered and take between six months and a year to acquire.”

He said the pump capacity needed would depend on the area size and estimated volume of water flow.

“Areas deemed sensitive would have more than one pump so that there would be a spare in cases of power trip or malfunction,” said Izham in reply to Dr Daroyah Alwi (PBM-Sementa) who asked about the pumps at sluice gates.

On a question about flash floods that frequently occur at Teluk Kapas in Rantau Panjang, Klang, he said it was due to clogged drains that led to water stagnation.

“The drainage on both sides of Jalan Teluk Kapas requires continuous maintenance to ensure water flows smoothly to the borrow pit and flows out through the sluice gates.

“The borrow pit and sluice gates fall under DID’s purview.

“However, the drainage system comes under the purview of the Klang Municipal Council (MPK),” he said, adding that MPK would be told to carry out maintenance works on drains that connected to borrow pits and rivers under DID.

On another matter, Izham said the state was in the midst of rolling out the Eco-Friendly Drainage Master Plan (Pisma) that would include an inventory and status of drains in districts and identify those that need repairs by the relevant agencies.

“To date, the Pisma study for Kuala Langat, Kuala Selangor and Sepang have been completed,” he added.

He was answering Ronnie Liu’s (PH-Sungai Pelek) oral question regarding the status of Pisma for Sepang.

“The final report was agreed upon and approved in a technical meeting involving all stakeholders. It is now at the printing stage by the consultant,” said Izham.

“This report will later be distributed to all agency departments, especially the local councils to ensure there is a guideline for them on the development of new drainage systems or upgrading of existing systems.” 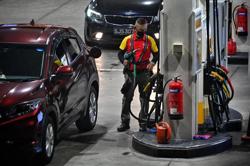