A view of the Masai bus terminal in Pekan Masai. This terminal was once an important landmark for the people in Pasir Gudang.

Pasir Gudang City Council (MBPG) should come out with “future-proof” policies and by-laws that will prioritise the welfare and safety of the people living in the area.

“So when we talk about developing Pasir Gudang further, we cannot be static; it has to be dynamic, agile and holistic, covering plans for the short-term, mid-term and long-term.

“We can start by improving some of the old policies and by-laws, so that they are up-to-date and relevant not only in facing today’s challenges but also in the future,” he said at the MBPG full board meeting.

“It is time for the council to trust the people and let them run their own programmes, with the council providing only the facilities and logistics.

“This is better than the current top-to-bottom approach that we are doing right now,” he said.

At the full board meeting, MBPG councillor Madyasir Ahmad Basir presented a proposal for the city council to conduct a rejuvenation project at Pekan Masai.

“I have completed the proposal on this matter and I hope that the council can look into this, as Pekan Masai has an important place in Pasir Gudang’s history.

“Everyone from Pasir Gudang has their own story of Pekan Masai, and it is also home to three old schools, namely SK Masai, SJK (C) Masai, and SJK (T) Masai,” he said.

“All of this will attract more people to come to the town, thus helping the locals to earn greater income,” he said, adding that it could also be a tourism attraction.

“The programme will involve 200 participants from Thailand, Indonesia and Singapore, where we will showcase some of the best talents in this traditional martial arts.

“It will be held at the Atrium Kompleks Pusat Bandar Pasir Gudang,” he said.

He added that the council would organise a town hall session with the locals on the same day. 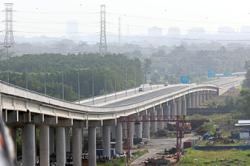