PENANG has tabled a budget of RM989.47mil, with a projected deficit of RM467.12mil. Chief Minister Chow Kon Yeow, in tabling the 2023 state budget, said the deficit was higher compared to last year’s amount of RM449.80mil.

This is the 13th consecutive deficit budget since 2011. “With an expected state revenue of RM522.35mil and expenditure of RM989.47mil, the state’s Budget for next year is projected to record a deficit of RM467.12mil.

“The estimated deficit will be financed by the state consolidated fund, which has a balance of RM848.82mil as of the end of 2021.

“Penang’s overall reserve at the end of 2021 stands at RM2.117bil,” he said at the Penang State Assembly sitting.

Chow said the 2023 state budget aimed to stimulate the state’s economic growth and socio-economic development as well as improve the well-being of the people.

He also said that the state would give discounts on the premium to extend leasehold property leases for those whose terms were ending.

“Those who wish to extend the lease for their land will need to pay a premium for the extension based on the land valuation.

“The state government has agreed to give a discount on premium of between 50% and 90% based on the land value without taking into account the value of the structure on the land.

“The discount on premium is for those whose leases are expiring or have expired and includes residential, agriculture, commercial and industrial land.

“Industrial land owners will get a discount of between 50% and 75% according to the criteria set by the state.

“The discount is subject to the condition that landowners cannot sell the land for 10 years,” he said.

Chow said there would be a moratorium on transfer of land ownership for 10 years and if the landowner were to sell the land within this period, they would have to pay 100% of the premium.

“This is to prevent landowners from taking advantage of this discount on premium to extend the leasehold period.”

“Over the past two years, several thousand lots of leasehold land in Penang, with 60 to 99-year terms, have been or are coming to an end.

“Some have ended and landowners were worried if the state would extend the lease.

"The state has been holding engagement sessions with stakeholders and has decided to extend all leases,” he said. Chow said the premium charged would be based on the land value.

“If the land is worth RM1mil, the premium to extend it for another 99 years will be RM100,000. “This is based on the value of the land and does not include any properties built on the land.

“It is the same for industrial land. Most have 60-year leasehold periods and many of these have 10 to 20 years left.

“The industries can extend the lease for between 30 and 99 years,” he said.

On a separate matter, Chow said the state government was fortunate to have dedicated civil servants with integrity and commitment in ensuring that policies would be implemented successfully.

“To appreciate their contributions, we have approved a Bantuan Khas Kewangan payment at the end of the year, which is equivalent to half a month’s salary or a minimum of RM1,200.

“This payment involves 3,920 state civil servants amounting to RM6.13mil. “All payments will be made in December,” he said. 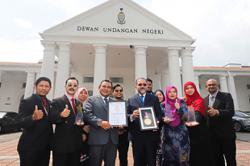 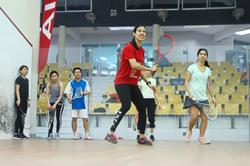