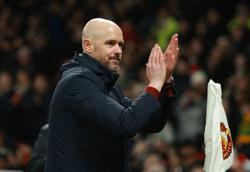 LIVERPOOL’S inconsistent performances of late are quite painful to watch.

On one glorious day, they defeated Manchester City, only to lose the next to lowly Nottingham Forest.

Liverpool may have won with a comfortable scoreline against Ajax Amsterdam, beating them 3-0 during the Champions League group match in midweek, but there is still apprehension as to which Reds’ side will show up against Leeds United at Anfield this week.

Unfortunately, the signs are still there as it was quite a poor first half at Johan Cruyff Arena, despite leading 1-0 through Mohamed Salah before half-time.

Luckily, they did not concede any goals and the players only came to life in the second half. As to what is troubling Liverpool this season, that is anyone’s guess.

Lack of new signings? Different formation and playing style? It could be a mixture of any of the above.

But to have so many players injured since pre-season really has people wondering what is going on within the club’s medical department.

The crock list now consists of Thiago Alcantara, Joel Matip, Diogo Jota, Luis Diaz and Arthur Melo, with the latter trio out for the long term.

As mentioned by Juergen Klopp during a press conference before the match against Ajax Amsterdam, injuries are one of the key factors, but it must also be said that a number of players are not playing to their regular high standards.

These include players who have been ever-reliable, like Salah, Virgil van Dijk, Fabinho and Trent Alexander-Arnold.

Van Dijk has been culpable for making rare errors in judgement on several occasions, while Fabinho looks like a shadow of his former self, even allowing opposing players to run past him without a challenge.

Since his big money contract renewal, Salah’s form has also been erratic.

The Egyptian has three league goals and three assists in 11 games, while he has six goals and an assist in the European competition.

Perhaps the high standard that he has set for himself in the past five seasons has made it look easy for him.

As for Alexander-Arnold, much has already been said about the Englishman and he is now being targeted as the weak link in the Reds’ defence.

In facing Leeds, Liverpool will be hopeful that they can come out tops, as the Peacocks are also in a rut, having not won a league game since they beat Chelsea 3-0 in August.

Anything but a win will be more disastrous for their already floundering season.

The Reds must now continue to try and get results after results to get as high up the table as they can.

A top-four finish is the realistic target now.

If they can pull off a result at Anfield, it will be a massive morale boost for them.

And unlike the Reds, Leeds do not have an injury crisis and can use this to their advantage.

This is especially since Liverpool had travelled to the Netherlands for European duties and may still be tired from the match.

With Liverpool having such a turbulent season now, it would not be surprising to see Leeds come away with three points or one.

The Reds may still be the favourites, but in a match between two teams that are out of sorts, it will not be a pretty sight. 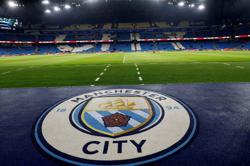 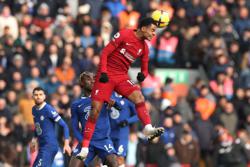