TO celebrate its 10th anniversary, Farm In The City (FITC) petting zoo in Seri Kembangan, Selangor, is inviting the public to a carnival to be held from Oct 8 to 10.

Tickets to the event featuring shows, new animals and clowns are limited to 2,000.

Adults can purchase tickets online to be entitled to a RM10 discount while children need to pay only RM10 for entry.

Farm In The City chief executive officer and founder Datuk Allan Phoon unveiled the two newest members of the petting zoo at a media preview — Bubu the pygmy buffalo and Lulu the pygmy donkey.

Phoon stressed that the creatures they kept at the petting zoo must remain within a certain size. As such, the farm showcases some of the world’s smallest horses, crocodiles and kangaroos.

“At FITC, we don’t take in big animals that need a lot of space. Also, it is risky letting people get too close to larger animals.

“The ones here are captive-bred and tame, so they can socialise with humans and be petted,” he stated.

He said the zoo’s central focus was to enable an interactive and educational environment for children to learn about wildlife and endangered creatures like the elongated tortoise.

“We are educating the young ones to care for animals and also expose them to the kampung lifestyle.

“Kampung and city life are totally different. I was born in Kuala Lumpur and I didn’t even know who my neighbours were,” he said.

Farm In The City is planning to expand its conservation, educational and tourism efforts which include getting new ring-tailed lemurs by the end of the year.

Phoon is also the mind behind Bentong Farm, which is a new open-concept petting zoo offering activities such as ATV-riding and glamping. The site also features a waterfall.

“Bentong Farm will be the largest ecotourism farm in Malaysia, spanning 10ha,” he said.

Already open since Oct 2021, Bentong Farm will hold a soft launch at the end of this year. 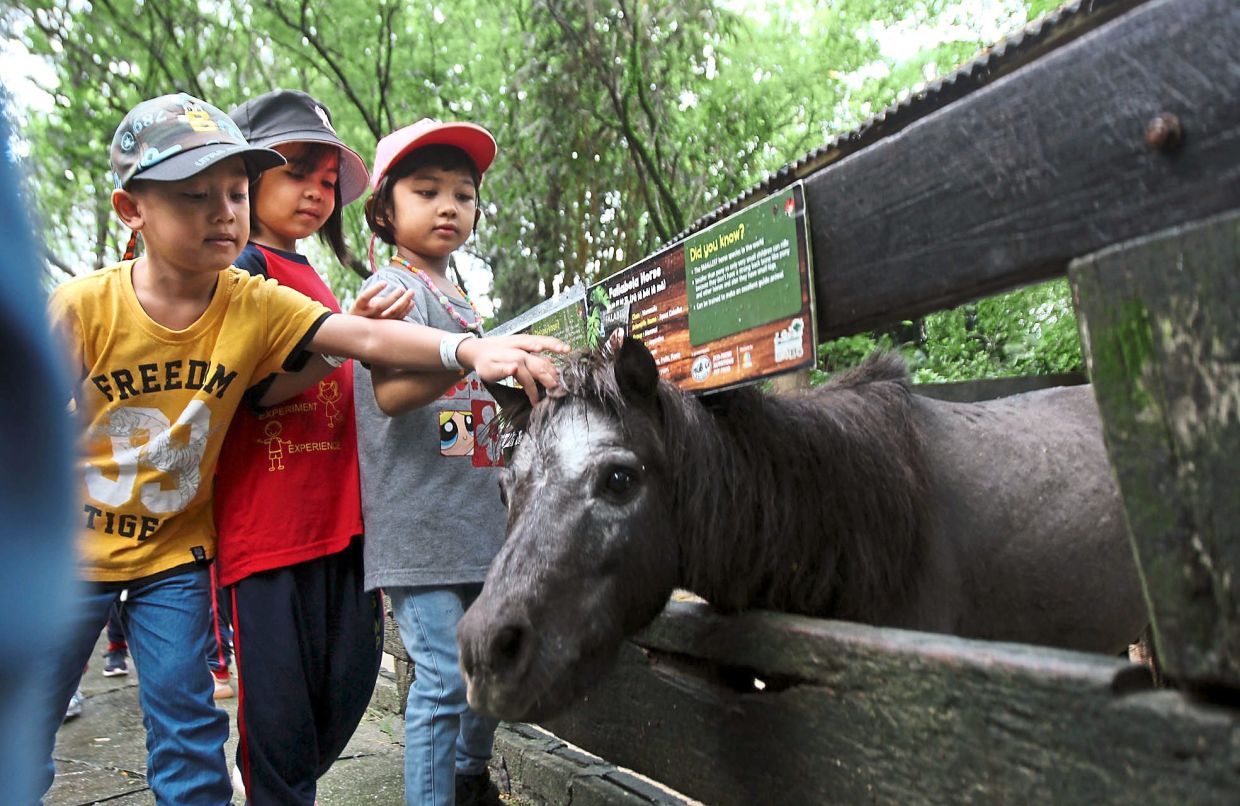 Visitors feeding and taking pictures of the sheep and pygmy goats at the farm’s open-range enclosure. — Photos: CHAN TAK KONG/ The Star