It surpassed its medal target of 26 gold, 20 silver and 44 bronze medals.

In the last Sukma held in Perak in 2018, Penang garnered 32 gold, 30 silver and 31 bronze medals to also finish in the seventh spot.

National silat exponent Mohamad Hafiz Halim, as expected, won a gold for Penang as he successfully defended his title in the 75-80kg event at Universiti Sains Islam Malaysia (USIM) in Nilai, Negri Sembilan. He thanked his coaches and parents for their guidance.

“I will compete in the Asean Silat Games in Kashmir in a few months, and I hope to do well,” said the Gunung Semanggol-born sportsman, as reported by Buletin Mutiara.

Boxer Mohd Asuad Abdul Halim grabbed the 30th and last gold medal for Penang when he lived up to expectations in the men’s light middle 67-71kg event in Putrajaya.

Showing impressive stamina and skills, Asuad had the better of Erron Liaw Kok Sheng of Sabah to finish as champion.

The presence of a number of supporters from the Penang camp, including chef-de-mission Soon Lip Chee, who is the state youth and sports committee chairman, and Penang State Sports Council director Harry Chai, further inspired Asuad to victory.

This was the second gold medal won by the Penang boxing team as first-timer Ng Zhang Zhen proved too strong for Muhammad Haziq Muhammad Rizal of Johor in the men’s middleweight 71-75kg category.

Soon was later given the honour to present the prize to Asuad. 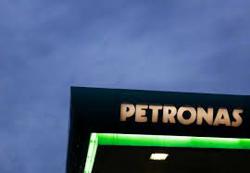