Those living along Jalan SS21/42 in Damansara Utama do not want another LED billboard erected in this community garden which the residents cultivated. . — Photos by AZLINA ABDULLAH

IMAGINE living near a busy highway.

Add to that having to put up with the glare of a LED billboard on the highway streaming into your bedroom at night, and you may understand the predicament of residents along Jalan SS21/42 in Damansara Utama, Petaling Jaya, Selangor.

The residents are at their wits’ end as another LED billboard measuring 9m by 6m in length and 15m high will be built within the community garden that they set up in 2017.

The affected residents are unhappy that Petaling Jaya City Council (MBPJ) did not respond to their request for a dialogue on the matter and instead gave approval to a private company to put up the LED billboard.

Damansara Utama Residents and Owners Association (Duroa) committee representative Datuk Dr Ilango Karuppannan, who heads the community garden initiative, said they did not want another billboard as it would cause additional light pollution and have a detrimental affect on the environment.

“We have requested Bandar Utama assemblyman Jamaliah Jamaluddin to arrange a meeting between us, MBPJ and the company that will be putting up the billboard.

“We were told that the billboard construction will be temporarily halted until a meeting can be held, but a date has not been set yet,” he said.

MBPJ Zone 5 councillor Quratulain Atiqah Norzahirul Anuar said Jamaliah’s office had asked for clarification from MBPJ regarding the LED billboard that had been approved despite residents’ objections.

“We were informed by MBPJ that they had responded to the residents,” she said. 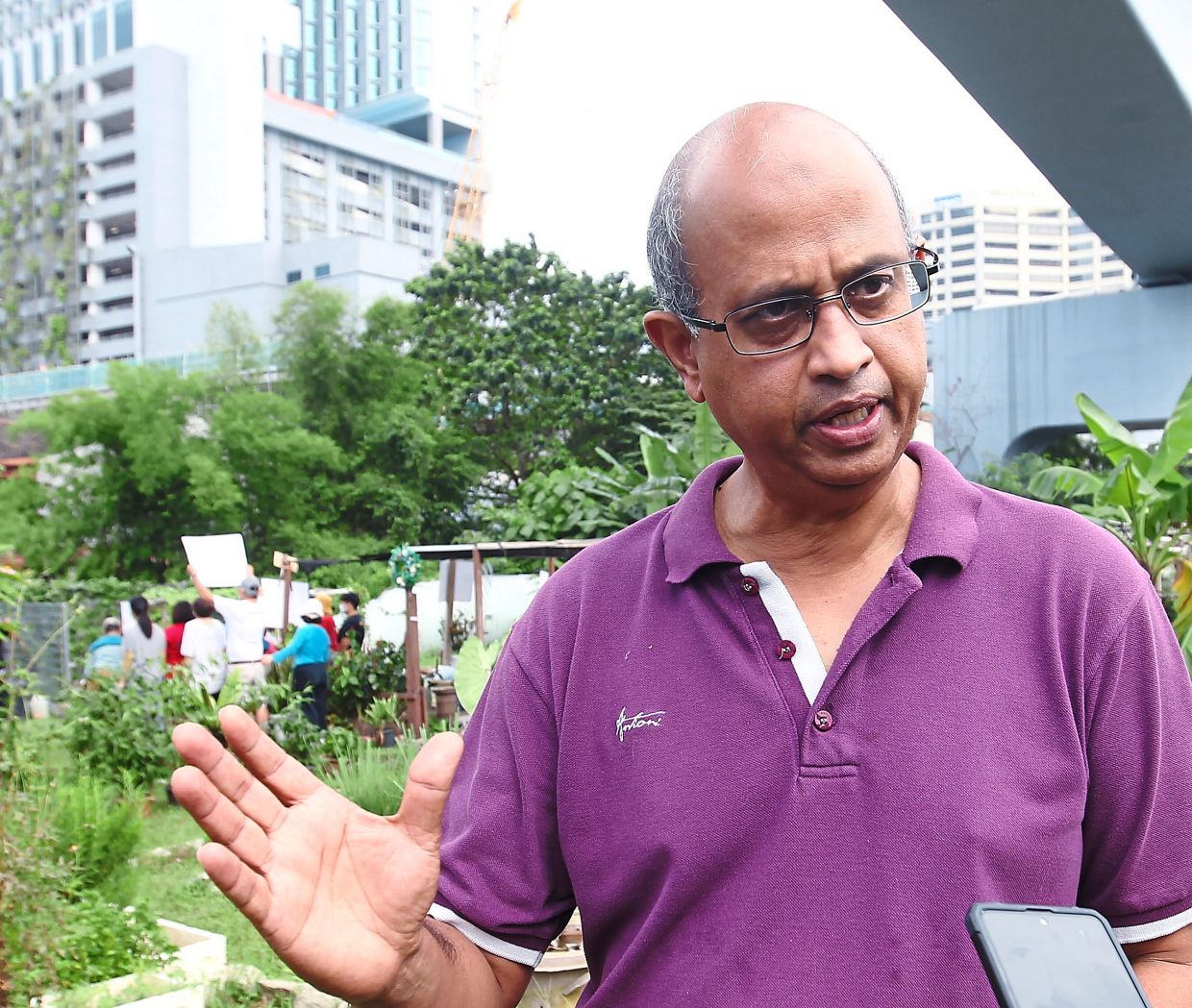 According to Dr Ilango, the land where the community garden is and where the billboard is supposed to be built, is within the MRT Second Reserve Zone. He said the information was from a letter dated May 31, 2021, which was shown to StarMetro.

In the letter, MRT Corp said it had no objections to the proposed work to put up the billboard within the reserve zone near the Bandar Utama MRT station as long as the private company complied with certain terms and conditions.

Meanwhile, in a letter dated June 21, 2022, MBPJ’s Building Planning Department, in response to the residents’ letter dated April 13, 2022, said the council approved the application for the billboard with conditions, and that the company had received written approvals for the construction of the LED billboard from MRT Corp and the Land Public Transport Agency.

MBPJ had also acknowledged the residents’ initiative to build the community garden.

The city council had instructed the billboard company to only use a portion of the land to put up the LED billboard, and it also urged Duroa to obtain permission from the landowner for community garden matters.

Dr Ilango said that after the completion of the MRT in 2017, people began throwing their rubbish at the land.

“It also became a breeding ground for snakes and other animals.

“So the residents decided to clear the land to make it into a community garden.

“We have also started an online campaign to express Damansara Utama residents’ growing concern over the dangers posed by these huge LED billboards,” he added.