Give strays a roof over their heads Dogs waiting to be adopted during the “Adopt, Don’t Shop: Give Them A Home” event. – Photos: AZLINA ABDULLAH/The Star

THE public are encouraged to adopt stray and abandoned dogs instead of buying from pet stores.

This was the message conveyed during a pet adoption programme with the theme “Adopt, Don’t Shop: Give Them A Home”.

Held at USJ 19 City Mall in Subang Jaya, Selangor, the event, organised by Malaysia Animal Kindness Society (MAKS) in collaboration with Subang Jaya City Council (MBSJ), was the first initiative to educate the community on the culture and importance of pet adoption.

The event aimed to raise awareness among Malaysian consumers, particularly children, that puppies bought off the Internet or from pet stores may come from situations where inhumane and poor breeding practices occur and how their purchases may perpetuate a cycle of cruelty.

Four dogs out of the 15 up for adoption found new homes during the event.

MAKS chairman Dr Kartini Farah Rahim said adopting was not the most common way in Malaysia of acquiring a pet.

“Many still buy purebred puppies from breeders as a status symbol.

“There is often irresponsible dog breeding, resulting in dogs being dumped,” she noted.

She said the number of abandoned dogs increased significantly because of the economic downturn that started during the Covid-19 pandemic.

MBSJ councillor Lee Jen Uyin believed that more of such events would help reduce the number of strays and solve the overcrowding problem in animal shelters.

“The abandoning of pets has far-reaching consequences for the animals involved and the community as well.”

She urged government officials, non-governmental organisations (NGOs), animal shelters, rescuers and the community to come together to solve the problem.

“This is one of the first initiatives we have taken.

“We plan to do two other programmes to educate the Selangor community on the problem of stray and abandoned dogs,” said Lee.

“With all parties coming forward to curb this problem, we would be able to bridge the gap between the community and local authorities,” she said.

A few NGOs, animal shelters and independent rescuers also joined the event to find new homes for their dogs.

Founder of Pawtarian (an NGO that rescues and grooms strays and abandoned dogs for adoption), who only wanted to be known as Naveen, said most people would adopt puppies but gave them up when the dogs became adults and were no longer cute.

“The problem starts with the adopter. A pet is at least 12 years of commitment,” he said.

Naveen said dumped animals posed a danger on the road when they ran out in front of cars as they were not familiar with roads and might be a nuisance when looking for food, barking at other dogs or even biting someone.

Among Pawtarian’s requirements are owners must not live in high-rises and those adopting puppies must have someone around for the first three months of the puppy’s life. 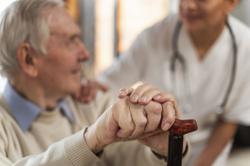 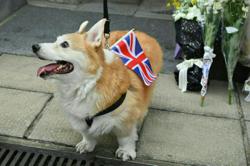