Thin margins to choose between Barnes believes it’s going to be tight again, but Liverpool should just edge it this time.

LIVERPOOL fans will have been heartened by John Barnes’ comments that as long as Jürgen Klopp is at Anfield, the Reds will be a side to reckon with.

Widely regarded as one of Liverpool’s best players ever, Barnes was in Kuala Lumpur last weekend as a guest of Astro and hosted by the company’s chief executive officer (TV) and group chief operating officer Euan Smith and Astro SuperSport host Reem Shahwa.

They featured at the live screening of Liverpool’s season opener against Fulham at Lalaport in Bukit Bintang, Kuala Lumpur – a game that ended in a 2-2 draw.

The 58-year-old said he looked forward to the performances of Liverpool’s new recruit Darwin Nunez and Manchester City’s centre striker Erling Haaland, singling them out as the ones to watch this season.

In an exclusive with StarMetro’s Footnotes, Barnes said, in his book, Liverpool and reigning champions City were still a few shades ahead of Chelsea, Tottenham Hotspur and Arsenal.

“It’s going to be tight once again between City and Liverpool, but I’ll just give Liverpool the edge this time (to win the league title).”

He added that in the Community Shield, which the Reds won, “Liverpool were ahead of City in their pre-season preparations, so no surprise about the result. But Jürgen knows City will be ready for the season.”

“City and Liverpool are the two favourites, as they have shown over the last three, four years.

“In terms of consistency, they are ahead of the others. But I think Chelsea, Tottenham and Arsenal will get closer, but they still won’t show the consistency of the other two throughout the whole season.

“(Gabriel) Jesus at Arsenal and (Raheem) Sterling at Chelsea will also be ones to watch.”

He is still sceptical about Man United’s chances.

“Until (new manager) Erik ten Hag gets control of the club (and not the players), they might continue to struggle.

Under Klopp, Liverpool won their 19th league title, and their first one in 30 years, triumphing in 2020.

The German has also steered the Reds to glory in the Champions League, and just last season, they won both the League Cup and FA Cup.

Barnes said as long as Klopp is at Anfield, the fans need not worry about the Reds slackening off in their pursuit of excellence (and trophies) or player dissent that might throw the squad off their tracks.

When probed about what excites him most about the new season, Barnes said: “The competitiveness and passion of the fans worldwide is what excites me.”

In his time at Anfield, he won two league titles, two FA Cups, a League Cup and for good measure, was on the winning team in the Community Shield (then the Charity Shield) three times. Barnes believes it’s going to be tight again, but Liverpool should just edge it this time.

As the new season kicks in, Barnes says Guardiola (left) and Klopp will take some catching in the Premier League. — AP 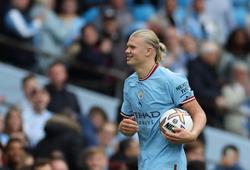