New bridges being built for benefit of Teluk Bahang folk 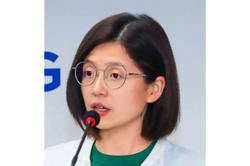 Penang Chief Minister Chow Kon Yeow, during his working visit to the site, said the RM2.5mil single span bridge was proposed due to the major floods that hit several parts of the state in 2017.

He said the allocation for the new bridge came from the state Drainage and Irrigation Department (JPS) while works were being carried out by the state Public Works Department (JKR).

“The project began in January this year and will be completed in March 2023,” he added.

Chow said there was a slight delay in the project as a utility unit had to be removed before they could start building the platform.

“Now, JKR is carrying out the test piling works (to verify the quality and workmanship of the installed piles).

“This is to ensure the bridge is strong enough to hold the weight of vehicles,” he said.

While works are being carried out along Jalan Hassan Abas, a detour route has been provided along Lorong Nelayan heading to Jalan Nelayan.

The second concrete bridge spanning 36m with a width of nine metres along Jalan Kampung Rawai is a replacement for an old steel bridge.

“The RM2.04mil cost of this bridge has been borne by Penang JKR.

“This bridge was needed as the previous one was rusty and compromised by wear-and-tear over the years.

“The old bridge could cater only to pedestrians, bicycles and motorcycles as it could not stand excessive weight.

“The new concrete one will be able to cater to bigger vehicles.

“This project began in January this year as well and will be completed in July 2023,” said Chow.

He hoped the state JKR would be able to keep tabs on the contractors for both projects.

“The Teluk Bahang residents want the works to be carried out on schedule as parts of the roads have to be closed off for the projects, which causes inconvenience.

“However, once completed, the projects will benefit the residents a lot,” he said.

According to Balik Pulau MP Datuk Wan Muhammad Bakhtiar Wan Chik, residents have complained that due to the traffic disruption caused by the works, the Rapid Penang bus does not come all the way in and commuters have to walk about a kilometre to the nearest bus stand.

“We will contact the bus service to see what can be done to make things easier for the residents.

“Our long-term objective is to ensure there are no more flash floods in the area.

“I hope the residents will be patient as the projects are carried out,” he added. 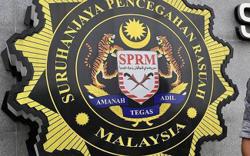