(From left) Wong presenting a souvenir to Juanda while Adana and Lau look on.

COMMUNITY leaders and “Ketua Kaum” or ethnic group leaders (KMKK) in Sibu, Sarawak, have been urged to refer to their district offices before signing any documents presented to them.

Deputy Minister in the Sarawak Premier’s Department (Integrity and Ombudsman) Datuk Dr Juanda Jaya said the local leaders should not be endorsing anything they were unsure of.

“If things are not right, do not sign. Do not simply support something you do not know anything about.

“This is a matter of integrity and you should refer to the district office.

“We do not want the KMKK to make a mistake that can cause problems at the top level and give government agencies a bad image,” he said at the Sibu division series 7/2022 of Integrity Tour.

He said problems like these often cropped up involving state government projects that were ready to be implemented in a village or a longhouse.

Juanda emphasised that KMKK should carefully check the projects that were to be implemented, so that problems would not arise.

“It is important for the KMKK to be aware of any project or problem in their village or longhouse.”

He said the KMKK functioned as the eyes and ears of the district office.

The Jemoreng assemblyman also advised KMKK not to randomly recommend their men for welfare aid from the government.

He said KMKK should investigate prospective applicants’ backgrounds to determine their eligibility for the aid as the government does not want any money to be wasted because of the lack of integrity by KMKK.

About 400 KMKK in the Sibu division participated in the programme organised by the Sarawak Integrity and Ombudsman Unit (Unions), Sarawak Premier’s Department, in collaboration with Sibu District Office and Sibu Resident Office. 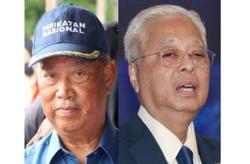